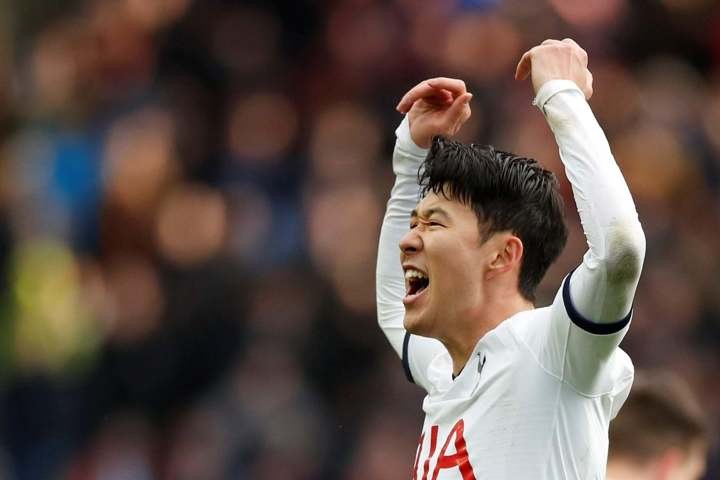 Son scored a double at Villa Park, including a winner deep into stoppage-time, to clinch a 3-2 victory and haul Spurs to within a point of the Champions League places.

The South Korea international earlier missed a penalty before converting the rebound in a hit-and-miss display at Villa Park.

Son has now scored six goals in five matches, and though he was Tottenham's saviour on Sunday, his finishing was poor on occasion and Mourinho couldn't resist a cheeky pop at his player after this whistle.

While Son was being questioned by a member of the Tottenham media team in the Villa Park tunnel, Mourinho interrupted the interview to ask: "You speaking about the goals he scored or the goals he missed?"

The joke was well-received by Son, who shared a laugh with his manager before turning back to the camera to continue the interview.

Spurs are now just one point behind Chelsea in the race for Champions League football. Frank Lampard's side, who occupy fourth, face Manchester United at Stamford Bridge on Monday evening.