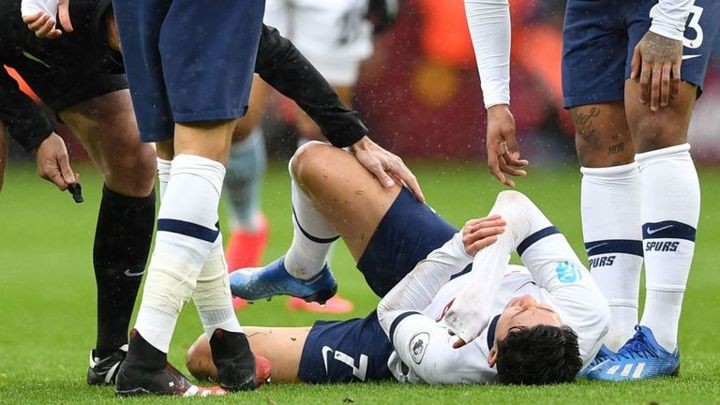 Tottenham manager Jose Mourinho has told Sky Sports all of his players have recovered from injury, but everybody will struggle to play to their maximum due to the lack of match time.

Mourinho was forced to field depleted sides in February and March due to the injury problems, resulting in them being knocked out of the FA Cup and Champions League.

A start date for the Premier League is still to be decided, and players are yet to return to full-contact training, but Mourinho says his players have recovered from their injuries, though warned that is very different to having full match fitness.

Speaking with Sky Sports' Geoff Shreeves for The Football Show, Mourinho said: "I cannot say in this moment they are ready to play because one thing is to recover from an injury, and another is to be ready to play football.

"In Harry's case, I think for about five months he hasn't played, but all of them are not injured any more. They are training, and training is what it is at the moment, training has a lot of limitations. We cannot compete, we cannot do one versus one, we have to keep a certain distance, we cannot compete.

"Harry Kane, Son, Bergwijn, Sissoko, all of them are fine. I think with a couple of weeks of normal training, when the authorities tell us we can train normally I think in a couple of weeks, the boys will be ready to play, of course not in the maximum of their potential, I think nobody can do that in this moment.

"For us, of course, it is a great feeling, because we finished the period with that defeat at Leipzig, where we were really, really in trouble to have 11 players, including attacking players, and in this moment (Erik) Lamela, Son, Dele (Alli), Harry Kane, Bergwijn, everybody is fit now."