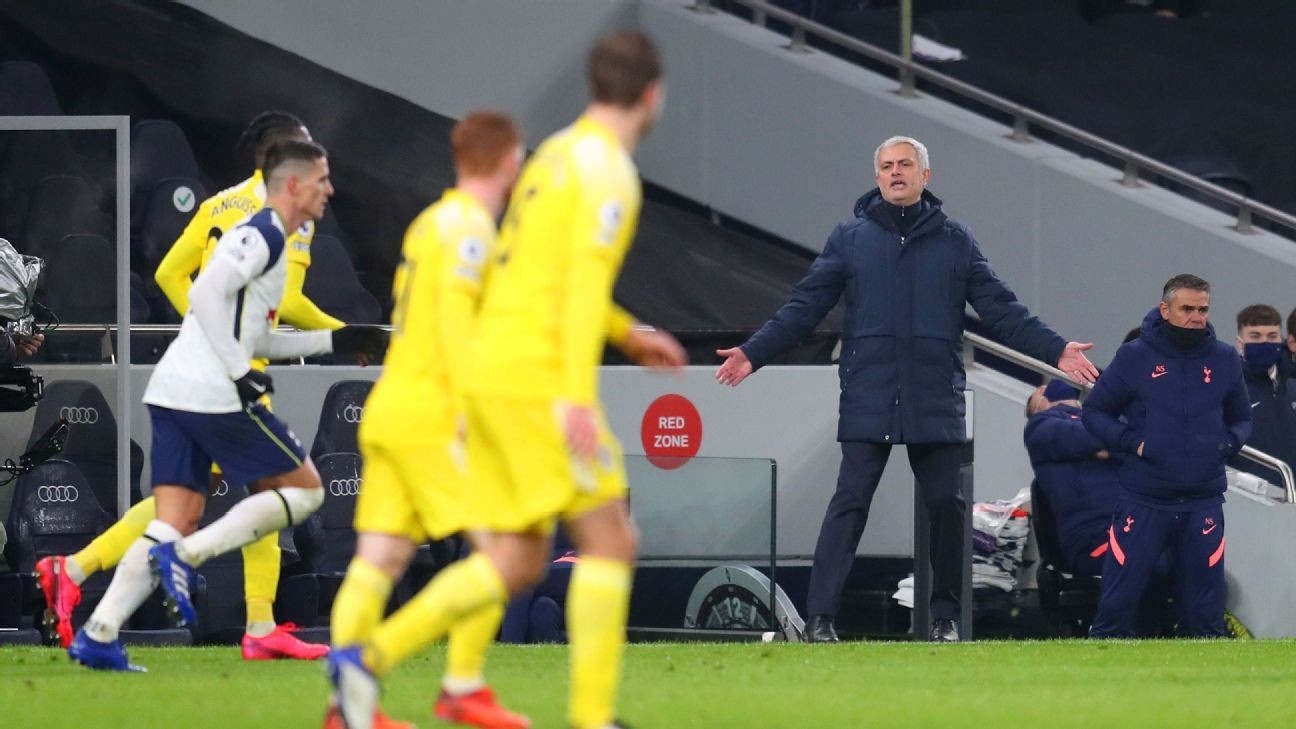 Tottenham Hotspur manager Jose Mourinho bemoaned his side's defensive fragility that allowed Fulham to come from behind to draw 1-1 on Wednesday, a sixth draw in the Premier League for the north London side.

The result was another occasion, similar to matches against Newcastle United, West Ham United and Crystal Palace, where Spurs had been in front but did not capitalise on their lead and allowed their opponents to come back into the match.

- Olley: Spurs too reliant on Kane, Son to win trophies

Harry Kane's diving header had given Spurs an early lead on a wet evening at the Tottenham Hotspur Stadium. Yet easy chances missed by Pierre-Emile Hojbjerg and Son Heung-min were punished by Ivan Cavaleiro's header for Fulham midway through the second half.

"In the second half we had the biggest chance to kill the game but when you don't do it you cannot concede goals the way we did do it," Mourinho told a news conference.

"This is the same story basically since the beginning of the season. We can talk about not killing the game yes, we can speak about that, and today was a clear situation where we could and should have killed the game in the first half.

"But then you go back to the goals that we concede and it's not also easy to assimilate that."

It was not a vintage performance for Spurs defenders Davinson Sanchez and Eric Dier who were both beaten in the air by Cavaleiro for Fulham's goal. Mourinho did not name names but pointed the finger at "individual" mistakes.

Mourinho will have to rally his players quickly for their trip to bottom side Sheffield United on Sunday, with Spurs sitting sixth, six points behind league leaders Manchester United.