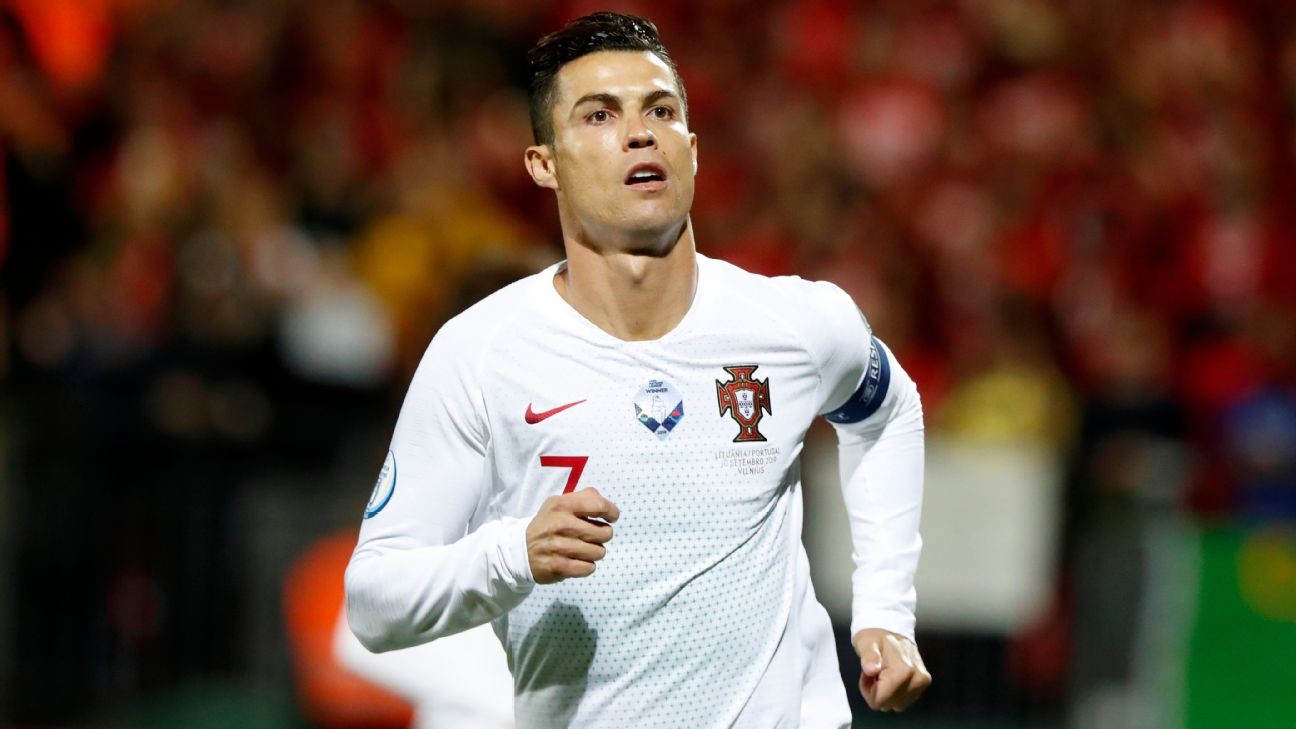 Cristiano Ronaldo notched his 10th 4-goal game for both club and country in Portugal's 5-1 win over Lithuania.

Jose Mourinho has said Cristiano Ronaldo's mental and physical form is worthy of a case study.

The Juventus forward scored four goals as Portugal beat Lithuania in a Euro 2020 qualifier on Tuesday to increase his tally to 93 international goals.

Ronaldo, who achieved his eighth hat trick in international football against Lithuania, surpassed Robbie Keane to become the all-time record scorer in European qualifiers on 25 goals.

"At 34, he is top in the world, in a top team, in top condition. I'm not surprised whatsoever because genetically and mentally he is a case study.

"He is someone that only thinks about winning, about beating records, achieving more and becoming better. He is truly a phenomenon and it really doesn't surprise me."

Only Iranian legend Ali Daei with 109 has scored more goals in international football than Ronaldo.

Mourinho joked the five-time Ballon d'Or winner will continue scoring even after he retires.

"When he is 50 years old he will be at home and FIFA will invite him to a game of legends," Mourinho said. "He will play the game and score a goal. I am sure it will be like that."