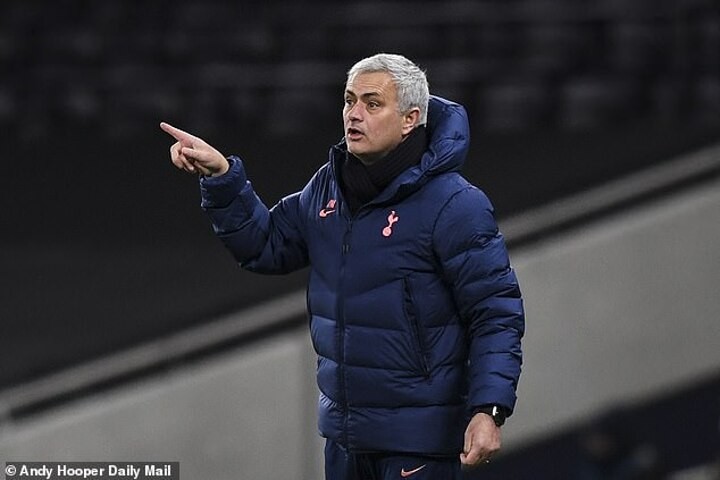 Jose Mourinho is interested in bringing Christian Eriksen back to Tottenham amid reports that the Inter flop could return to north London in a loan switch this month.

The Danish midfielder, 28, left the Premier League club in a cut-price £25m move to the Italian capital last January, with Spurs keen to grab a fee for a player destined to leave for free the following summer.

However the playmaker has soon fallen out of favour under Antonio Conte, scoring four goals and creating just four goals in his 40 appearances for Serie A title challengers.

Conte sees no future for Eriksen at the San Siro, with the club hoping to offload him this transfer window. Arsenal, Wolves and Real Madrid have been linked with a swoop for the creative midfielder.

But according to Fabrizio Romano, Spurs boss Mourinho would like to reunite with the Dane, having coached him briefly after taking over from Mauricio Pochettino in November 2019.

Tottenham have already completed a sensational reunion with a former star, with Madrid outcast Gareth Bale returning to north London last summer on a temporary deal.

This time around, though, Eriksen's £6.6m-per-year salary appears to be the main obstacle for a return. The 28-year-old has his heart set on the Premier League, having enjoyed considerable success in his stint with Spurs.

Eriksen is yet to complete 90 minutes this season for Inter across 17 games in the league, and has not scored a goal or created an assist for the club during that period.

The Dane is also keen to get first team minutes under his belt, as he hopes to prove his match fitness and remain in ideal shape to play a key role for Denmark in next summer's European Championship.