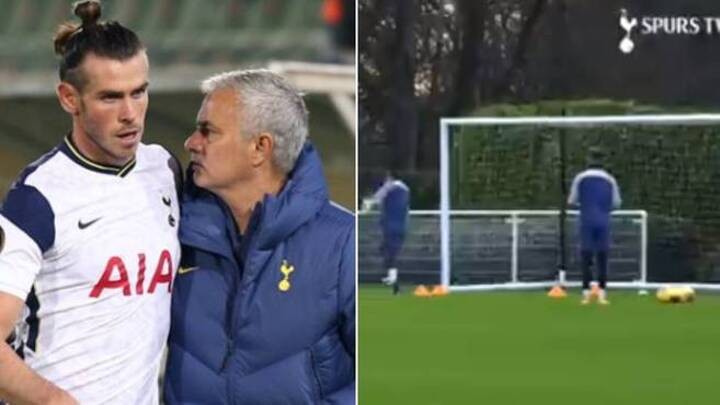 Tottenham Hotspur boss Jose Mourinho has issued a threat to Gareth Bale, stating that the on-loan forward can return to Real Madrid and not play if he likes.

During a training session, a microphone picks up the Portuguese coach having a conversation with Bale, presumably about the way in which he has failed to live up to expectation since returning to north London last September.

"You want to stay here? Or go [back] to Real Madrid and play no football?" Mourinho is heard saying to Bale.

So far this season, Bale has played in 12 games in all competitions, scoring three goals.