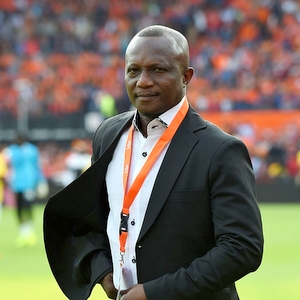 The Ministry of Youth and Sports will today issue cheques covering the salary arrears of the head coach of the Black Stars Kwasi Appiah and his technical team.

The cheques represent the salary arrears of May, June and July.

This will also include the balance of $100k of the signing-on fee for the head coach after he was given an initial $150k after putting pen to paper four months ago.

This comes as a massive relief for the technical staff who have received a penny from the Ministry since assuming their roles in May this year.

The Sports Ministry's financial stand has been boosted by GNPC's release of an amount of $750k to support the development of sports.

Sources close to the MOYS have hinted that the payment for the Black Stars technical staff is part of plans by government to pay all debt in the sports industry including the winning bonuses of the Black Queens, Princesses and Maidens as well as the qualification bonus of the Black Starlets for the 2017 AFCON.

Other national team coaches who are also on the neck of the MOYS will also be sorted out in the coming days.

The MOYS has recently been rocked by the 'no money' syndrome hampering the development of sports in general and the progress of football teams at international competitions.

The payment of the salaries for the Black Stars technical will serve as a massive booster for the preparation of the Black Stars B who will be engaging in a double header with Burkina Faso in a week time while the mainstream Black Stars are set to commence preparations for the 2018 World Cup qualifiers in September.