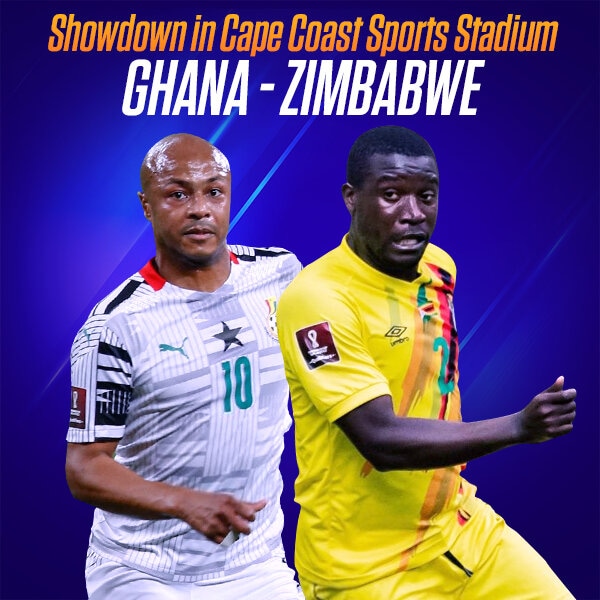 After agreeing to coach the Ghana national team for a second spell coach Milovan Rajevac will hope to start his tenure with a win when he lines up his team against Zimbabwe in a 2022 World Cup group G qualifier match.

Rajevac earned himself respect in Ghana and the continent for guiding the Black Stars to the quarter finals of the 2010 World Cup staged in South Africa and would have became the first African country to reach the semis had Asamoah Gyan converted a last gasp penalty against Uruguay.

Ghana went for the services of the experienced Serbian in a bid to save themselves from the humiliation that would be triggered by their failure to advance to the next phase of looking for the ticket to Qatar.

Ghana lost her previous qualifier by a solitary goal to South Africa and will be seeking to make good use of home comfort and beat the visitors who fell by a similar margin to Ethiopia.

Zimbabwe who fired their coach Zdravko Logarusic have performed dismally in their previous assignments as they haven't tasted victory in their last seven matches.

The Warriors have lost all their last three away games while Ghana have not conceded at home in the last seven matches, winning six of them.

Spain have won four of their last six Nations League matches (drawn and lost once) while France are unbeaten in the six, winning five and sharing spoils once.Spain will miss the services of Alvaro Morata who is injured

France who staged a superb show in the second half to eliminate Belgium will once again have to do without their indefatigable holding midfielder N'Golo Kante who contracted coronavirus while Kingsley Coman is out injured.

Spain have won 16 of the last 35 meetings between the two with France winning 12 times and seven matches ending evenly.

South Africa will look to continue with their unbeaten run in the second round of the 2022 World Cup qualifiers where they are yet to concede a goal.

The Bafana Bafana are unbeaten in their last five matches, winning three and sharing spoils twice. Ethiopia on the other hand, have won twice, lost a similar number of matches and drawn once.

They will miss their most valued forward in Percy Tau who is injured. Ethiopia will do without Fasil Gebremichael and Shimeket Gugesa.

The two teams have faced each other in the 2014 World Cup qualifier with Ethiopia picking four points out of the possible six courtesy of the away 1-1 draw and the home 2-1 win.

The two teams who meet for the first time after 16 years are yet to register a win in the 2022 World Cup group H qualifiers with Togo losing her opening two matches while Congo have lost one and won the other.

Togo who have won four of the nine clashes against Congo including the last three are yet to score a goal in the qualifiers.

Brazil have plundered home seven unanswered goals in their opening group B matches against Venezuela and Peru unlike Colombia who have been unconvincing in front of goal having scored twice in three games.

Brazil stars Neymar who has scored seven goals in as many matches will be looking to draw closer to Pele's record. He trails the legends number of goals by nine.

Brazil have won 20 of the 33 encounters, lost three and drawn ten with the last meeting ending 2-1 in their favour.

Colombia will miss Miguel Borja who is injured while Brazil will miss Casemiro who is is on the treatment table.