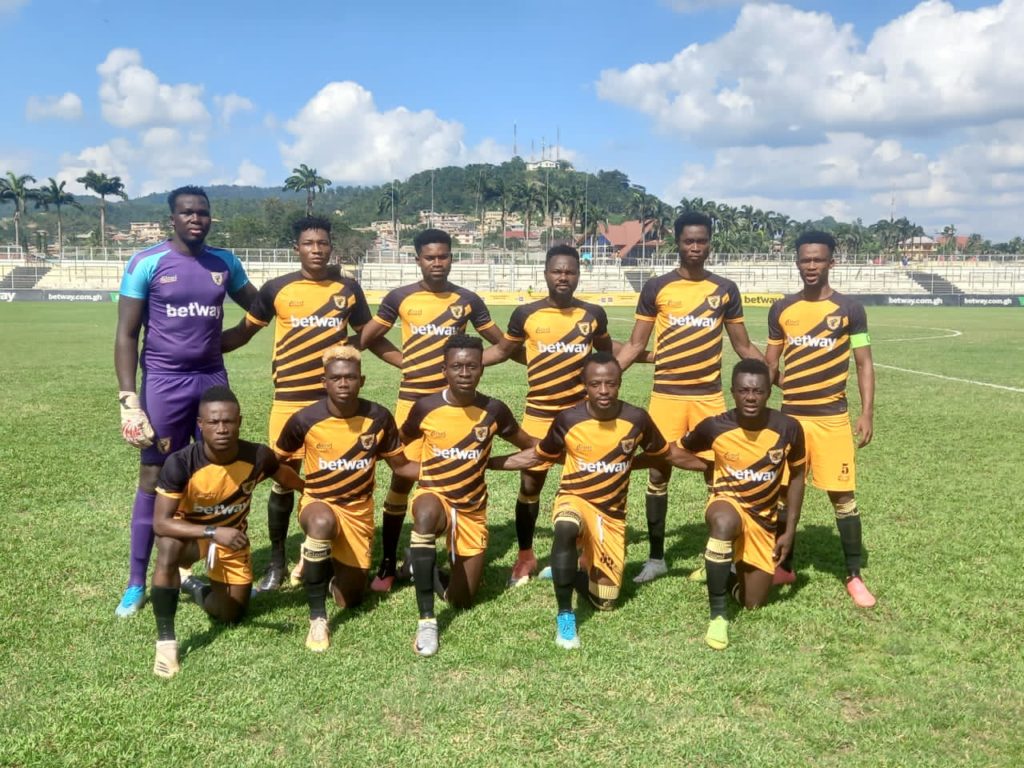 AshantiGold boosted their hopes of ending the season with a trophy on Saturday as they secured passage to the last four of the MTN FA Cup.

The Ghana Premier League side - embroiled in match-fixing scandal - progressed with a 4-2 victory over Kintampo Top Talent at the Len Clay Stadium in Obuasi.

The Miners now await to face the winner of the clash between Asante Kotoko and Berekum Chelsea in the semi-finals next month.

Ashgold were overwhelming favourites to beat the third-tier club and they took control of the match from the onset, which resulted in Frank Addo and Isaac Opoku giving them a two-goal lead before 30th minute mark.

But their defender Kwadwo Amoako scored an own goal in the 35th minute to give Top Talent a lifeline as the first half ended 2-1.

Ashgold looked more hungrier after the break and scored the third through Paul Asare de Vries in the 48th minute before Amos Addai added the fourth with 20 minutes remaining.