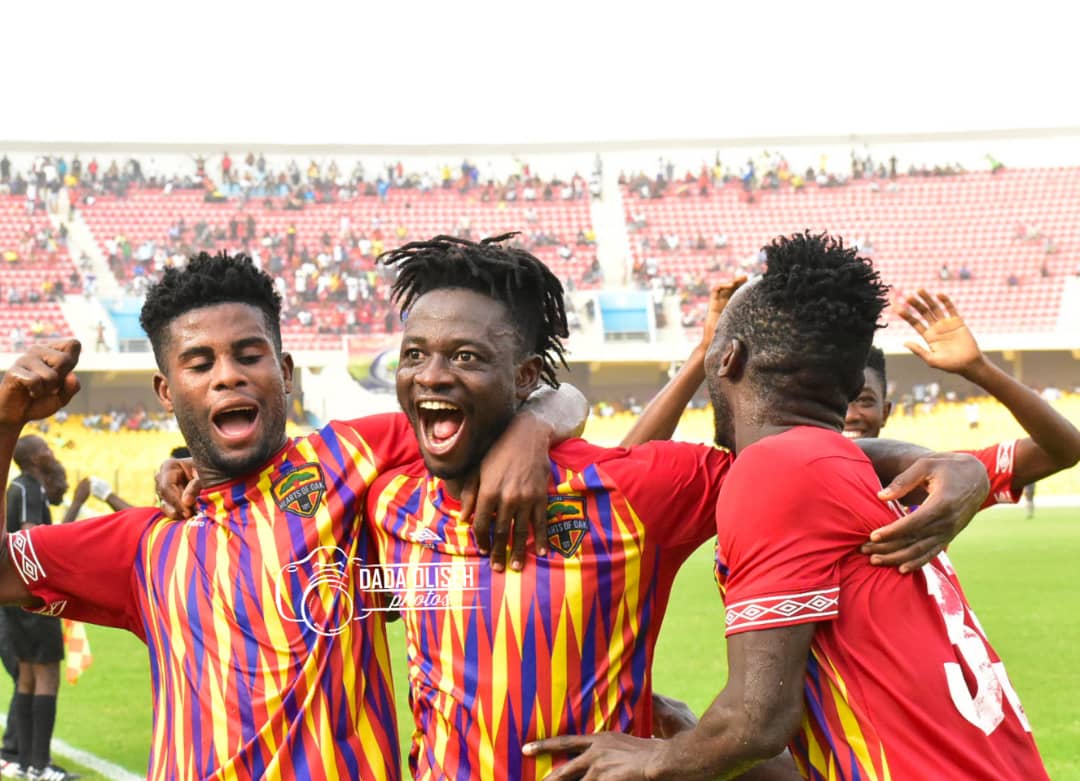 Hearts of Oak are through to the next stage of this season's MTN FA Cup after a comfortable 2-0 victory over second-tier side Danbort FC at the Accra Sports Stadium on Sunday.

The Phobians won courtesy goals in each half by Fred Ansah and Joseph Esso to reach Round of 32 stage of the competition.

Ansah opened the scoring a low drive from just outside the box after being assisted by Michelle Sarpong. It was the 23-year-old's first goal for the Accra-based club.

Joseph Esso doubled the lead in the 60th minute as he latched onto a loose ball in the box and calmly slotted home.

Hearts of Oak will feel confident of going all the way after their arch-rivals Asante Kotoko suffered a shock elimination at the hands of Asokwa Deportivo.