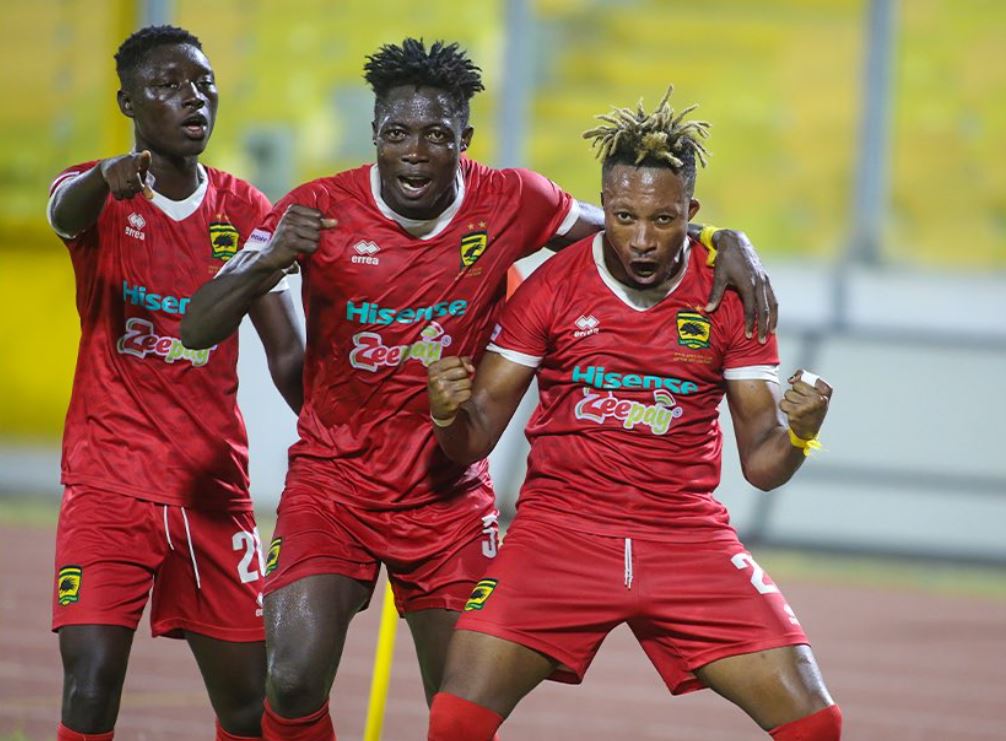 Maxwell Agyemang scored at the death of the game to seal the win for Asante Kotoko in their 2-1 win over Benab FC in the MTN FA Cup Round of 32 on Saturday at the Baba Yara Sports Stadium.

The defender saved the home side from a penalty shootout with a his goal late in injury time.

It was a highly competitive game as the lower tier side Benab FC gave the Ghanaian giants a run for their money.

Kotoko took the lead in the first half through an own goal from Benab's Alhassan in the 17th minute.

The Porcupine Warriors went into the break leading the tie by a lone goal.

After recess, Benab FC dominated play and were rewarded with the equalizer in the 69th minute through Umar.

The Division One side came close to scoring a second but were denied by Kotoko goalkeeper Frederick Asare.

A great save from the Benab goalkeeper denied Richmond Lamptey from being the hero of the day in the 90th minute.

Maxwell Agyemang scored with the last kick of the game from a corner kick to seal the win for the Ghana Premier League champions.

Kotoko will wait for the opponent in the Round of 16.

90’ Maxwell Agyeman wins the game in the dying minutes..