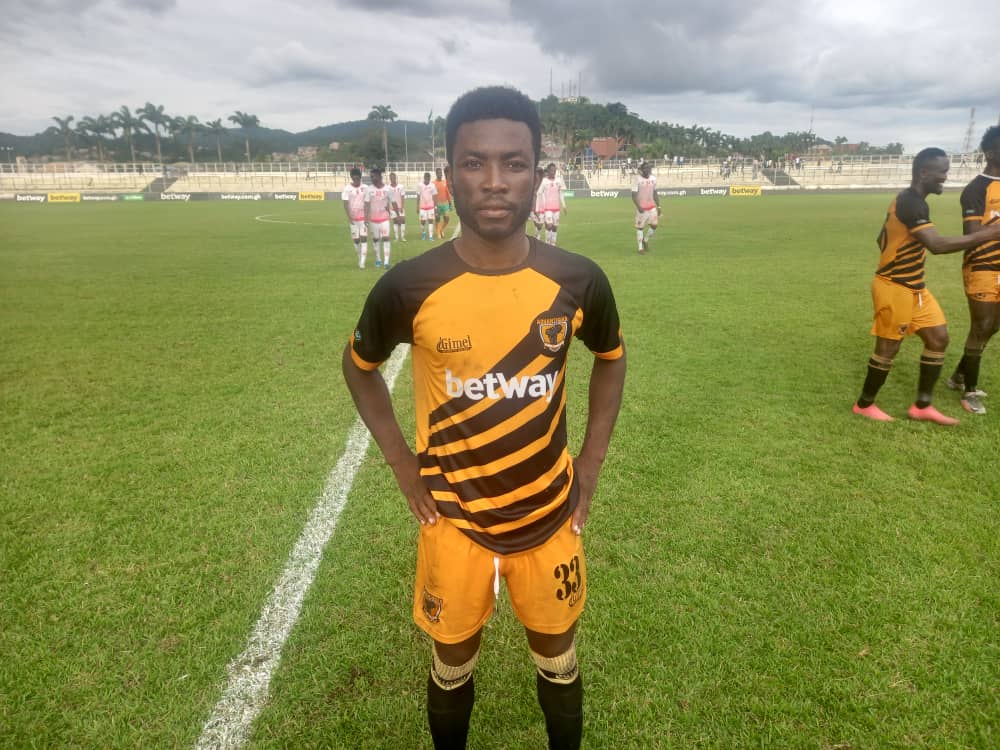 AshantiGold SC midfielder Seth Osei has vowed to score against Hearts of Oak in the MTN FA Cup final on Sunday.

The miners eased past Berekum Chelsea by 4-1 in the semifinals played at the Cape Coast Sports Stadium.

The youngster scored in that big win to propel the miners to the final.

The former WAFA graduate is hoping to replicate his good scoring form against the Ghana Premier League in this encounter.

“I always score against hearts of oak anywhere I meet them so am going to score against them again come Sunday”, he said in an interview.

AshantiGold SC and Hearts of Oak battle for the trophy at the Accra Sports Stadium on Sunday 8 August, 2021.

Premier League champions Accra Hearts of Oak holds the record as the most successful club in the history of the FA Cup with 10 titles will come up against 1993 champions AshantiGold SC from Obuasi.