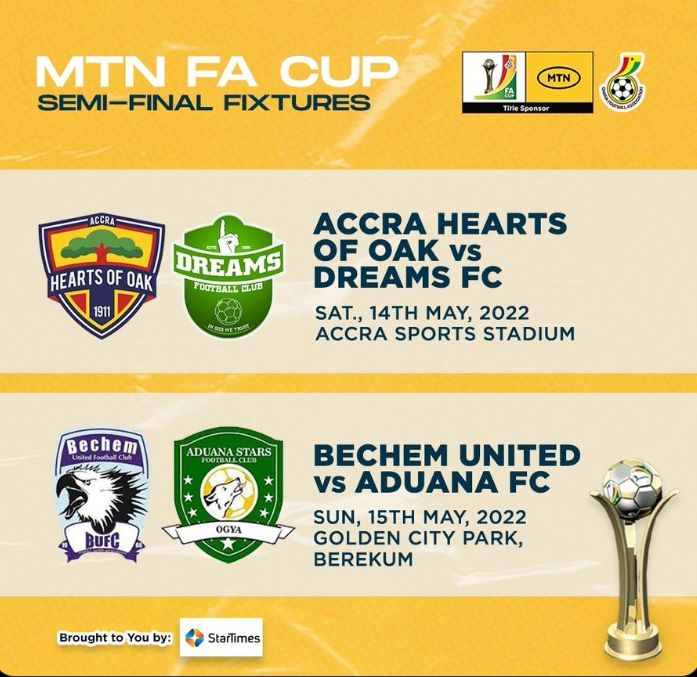 The Ghana Football Association has made changes to the kick off venues for the semifinals of the MTN FA Cup competition.

Four teams from the Ghana Premier League including defending champions Hearts of Oak will battle in the semifinals for a place in the final.

The games were scheduled to be hosted at the El Wak Sports Stadium and the Golden City Park in Berekum.

However the venue has been changed to the Accra Sports Stadium.

The other semifinal game between Bechem United and Aduana Stars will be held at the Golden City Park in Berekum.