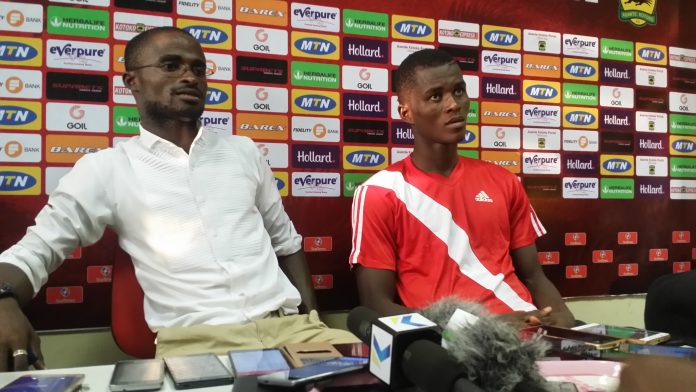 Deputy coach of Liberty Professionals Ignatius Osei Fosu has hailed his side's defensive set up in the win against Inter Allies in the round of 64 of the FA Cup on Saturday.

The Scientific Soccer lads advanced to the next of the MTN FA Cup via the penalty shootout following a pulsating 0-0 score line in regulation time at the El Wak Sports Stadium.

Inter Allies controlled the game by far distance but the Dansoman-based side's defense stood up to the challenge before winning the tie eventually on penalties.

Speaking to reporters in the wake of the game, Ignatius Osei showered adulation on his side's defense for their contribution in the win.

"It was a good game but we committed some mistakes which we could have avoided, but we will work on it before our next game," Osei Fosu admitted.

"We suffered in the early stages but once we got into our stride in the second half I think we controlled the game well and that was the reason why they had to change their strikers because my defenders subdued them."

"We have been resilient in defense this season and that has been the key to our game this season, and the statistics shows that we are one of the teams that have conceded fewer goals this season."

Liberty Professionals will travel to Sogakofe on Wednesday to play as guests to WAFA in week 13 of the Ghana Premier League.