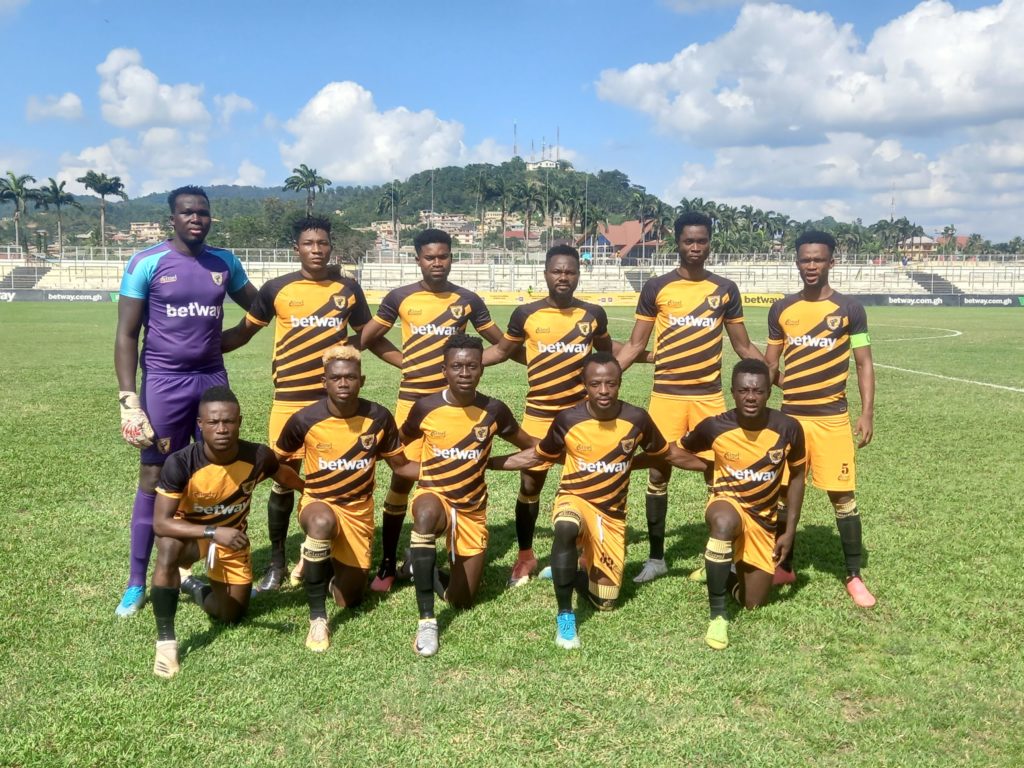 AshantiGold SC produced an outstanding performance to see off lower-tier side Kintampo Top Talent FC in the quarter-final fixture of the MTN FA Cup on Saturday.

The Miners recorded a resounding 4-2 victory over the third-tier outfit at the Len Clay Stadium in Obuasi to progress to the semi-finals of the competition.

Paul Asare de Vries was handed his first start in the Gold and Black shirt.

Central defender Frank Akoto opened the scoring of the match in the 16th minute after heading home a cross from Amos Addai.

Opoku Agyemang netted the second goal of the match in the 28th minute following a brilliant solo effort.

The third-tier side pulled one back ten minutes from recess after right back Kwadwo Amoako put the ball at the back of his own net.

Asare de Vries scored his maiden goal for the Miners three minutes into the second half as he increased the advantage for AshantiGold pouncing on a rebound.

Addai got his name on the scoresheet on the 70th minute mark with a sublime free-kick strike from the edge of the box.

Youngster Prince Kofi Sarkodie scored on the stroke of full-time to reduce the deficit.

AshantiGold will now wait for the winner between Asante Kotoko SC and Berekum Chelsea in the other quarter-finals game.

The semi-finals of the competition comes off at the Cape Coast stadium at a later date.