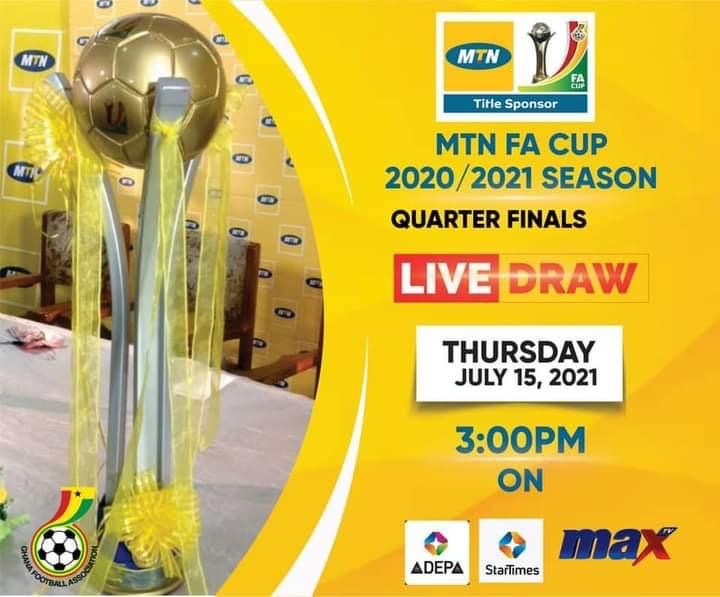 The MTN FA Cup Quarter-final draw will be held today as six Premier League teams and two Division Two clubs will see their next opponents.

Ghanaian giants Asante Kotoko and Hearts of Oak both progressed to this stage after securing wins in the Round of 16.

The quarter-finals will see some difficult pairings with clubs such as AshantiGold SC, Berekum Chelsea, Medeama SC, Elmina Sharks still in the competition.

The draw will be held live on Max TV at 3pm