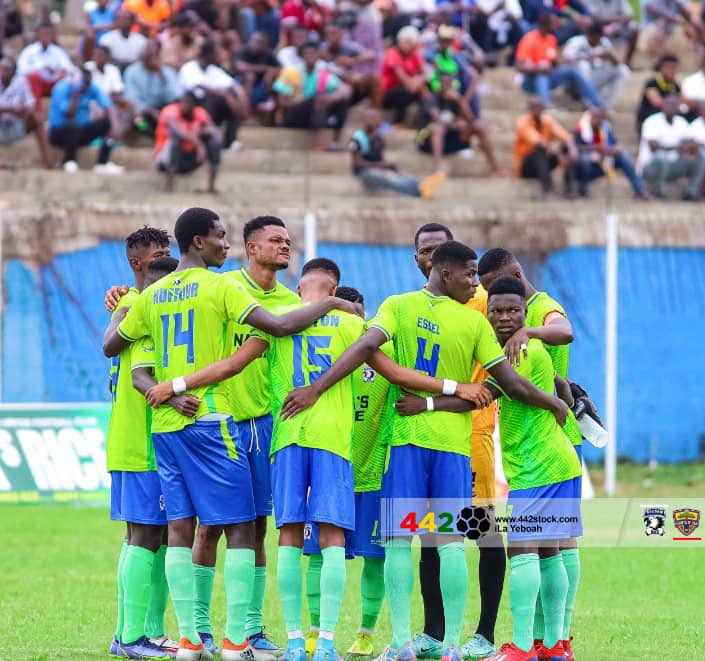 Bechem United players in a huddle before a league match.
Share

The Hunters scored the pair of goals in the first half to set up a meeting with defending champions Hearts of Oak who pipped Dreams FC 3-2 on Saturday.

Striker Emmanuel Avornyo shot Kassim Mingle’s side into the lead on 16 minutes.

The no.7 shirted struck a low grounder from outside the area which went through the legs of an Aduana defender and slipped past goalkeeper Joseph Addo.

After 25 minutes, Bechem doubled their advantage when in-form Augustine Okrah let fly a free-kick which parried by Addo, the Aduana goalie, but came off the inside of the cross bar and bounce over the goal line.

Aduana, who went into the match as favourites, were kept at bay by an improved Bechem backline marshalled by Samuel Osei Kuffour and Kofi Agbesimah.

Bechem are now on course to win their second FA Cup trophy after a 2-1 win over second-tier side Okwahu United at Cape Coast Stadium in 2016.