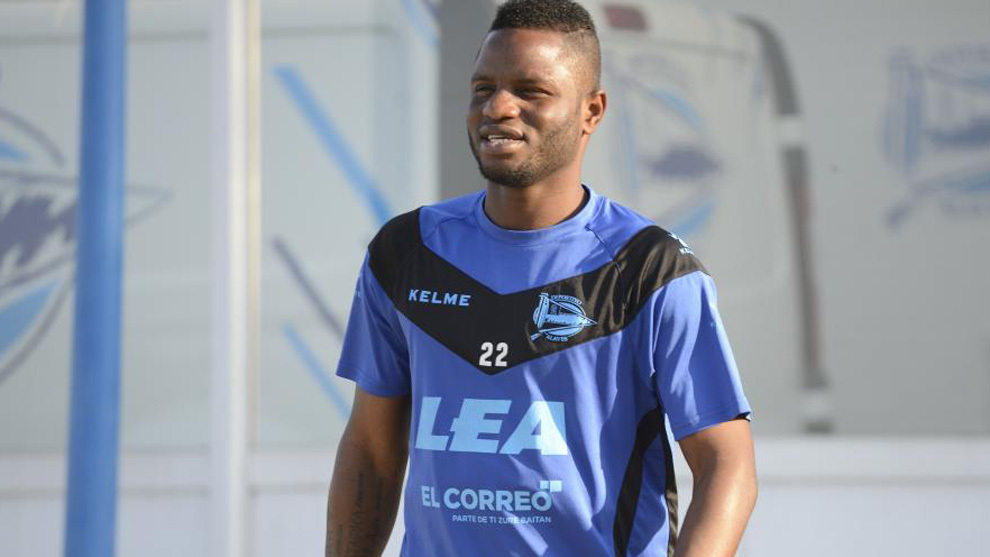 Deportivo Alavés midfielder is anxious to leave the club to join Getafe.

The 29-year-old is keen to reunite with former boss Jose Bordalás.

The Ghanaian has returned to Spain to continue pre-season with the side but is determined to stay in the Spanish top-flight.

Getafe are looking at the swashbuckling midfielder as the right fit for the club ahead of the start of the new season.

Manager Jose Bordalás is a big fan of Wakaso, a player he worked with during his time with Elche.

Wakaso has been on the radar of several clubs in Spain and abroad following the departure of Abelarado Fernandez from Deportivo Alaves.

New coach Asier Geratino's arrival has put the future of the tough tackling midfielder in doubt, paving the way for Getafe to make a move.

The Getafenses have already signed Ghana defender Joseph Aidoo and could add Wakaso to their ranks.

Mubarak Wakaso had an outstanding Nations Cup with the Black Stars despite their early exit from the tournament.