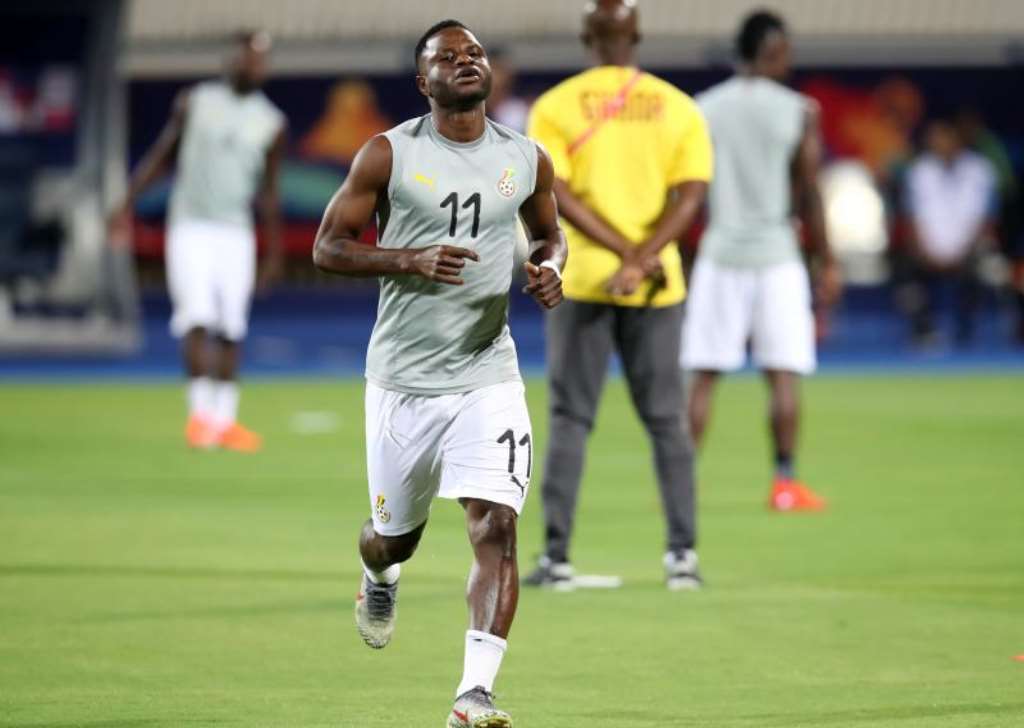 Ghanaian football fans are livid about Mubarak Wakaso's call up to the Black Stars for the 2023 Africa Cup of Nations qualifiers and World Cup friendlies.

The 31-year-old has been inactive since the start of the year but shockingly made his way to the squad for the doubleheader.

Wakas failed to make an appearance at the Africa Cup of Nations early this year in Cameroon and also missed the World Cup playoffs against Nigeria in March.

However he returns to the team for the first two games of the 2023 Africa Cup of Nations qualifiers despite not playing any competitive football.

Mubarak Wakaso has been named in the 33-players invited by Coach Otto Addo for the games against Madagascar and Central Africa Republic.

Some football fans have taken to the social media app to question why the combative midfielder has been named in the squad despite not playing any competitive football but still gets call up to the national team.

Below are some reactions from fans on Mubarak Wakaso's call up

Wakaso’s Black Stars inclusion raising lots of questions for Otto Addo and his team…Can we make a case for Sulley Muntari?

It’s either we’re evolving as a national team or not. Find it quite strange calling up a 31-year-old Wakaso, who has been quite inactive. Especially when there are much younger options in that position.

I would replace Mubarak Wakaso with _____ in the Black Stars squad. pic.twitter.com/YWQXsXumId

Mubarak Wakaso has not played club football since August 2021

We are in May 2022, Someone needs to explain. On what basis was he invited ?