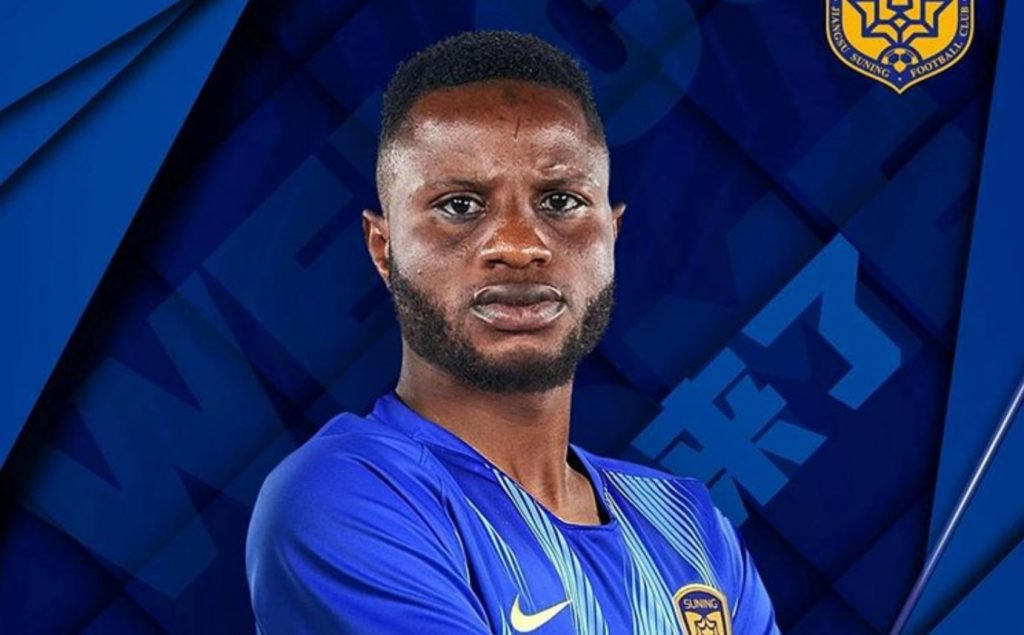 Ghana midfielder Mubarak Wakaso is satisfied with his performance on his debut appearance for Chinese top-flight side Jiangsu Suning.

The Black Stars ace joined Jiangsu on a three-year contract from Spanish La Liga side Deportivo Alaves but had to wait until July to make his debut.

This is because of the coronavirus pandemic which forced the suspension of football activities.

On Friday, he was named in coach Cosmin Olăroiu’s three-man midfield alongside Xiang Ji and Xi Wu for Jiangsu's league draw against Shandong Luneng.

Despite dominating their opponents, Jiangsu Suning failed to convert the plethora of chances that came their way as the match ended in a goalless draw.

Wakaso was replaced with Zichang Huang in the 83rd minute. After the match, he took to Twitter to indicate his satisfaction with his performance as well as the result.

Debut with +1 point great performance by the lads another one Tuesday we move 🔵🟡 #positiveenergy #Allahisgreat #WM33 pic.twitter.com/3ZB1jw29c3

He is expected to keep his place in the team when they host Dalian Pro at the Dalian Sports Centre Stadium on Tuesday.