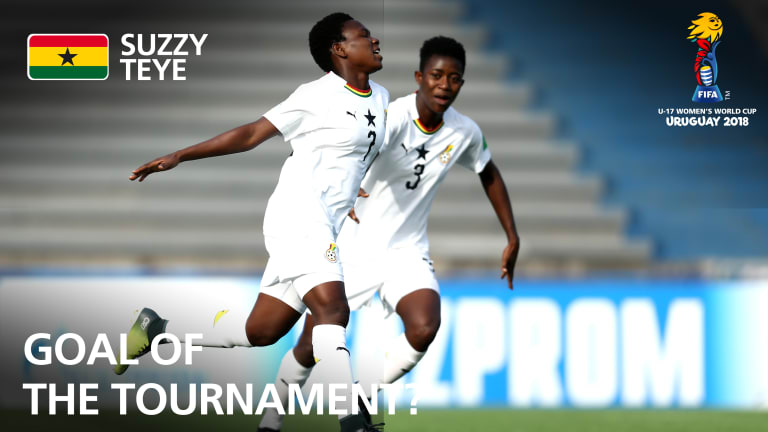 Black Maidens forwards Abdulai Mukarama and Suzzy Teye strikes have been nominated for the goal of the tournament at the just ended FIFA U-17 Women's World Cup.

Captain Mukarama's third goal against Uruguay in the opening game of group A was nominated as one of the best strikes of the competition.

The Northern Ladies striker, who scored a hat-trick on the day, turned the Uruguayan defence before poking home Ghana's fifth on match day 1. Ghana beat Uruguay 5-0.

Meanwhile, Suzzy Teye scored a brilliant goal against Mexico after she first touch from a Mukarama pass displaced the Mexican defender before she coolly slotted in for Ghana's second.

The two goals by the Ghanaians were among a list of ten goals picked, which would be voted for with the best selected at the end of voting.

Voting closes at noon CET on Monday 10 December, which is 11:00 am Ghana time.

Both players were exceptional at the competition with Ghana's captain winning the golden boot as well as the bronze ball.

The Black Maidens reached the quarter finals after losing 4-2 on penalties to Mexico, who reached the finals only to lose to Spain.