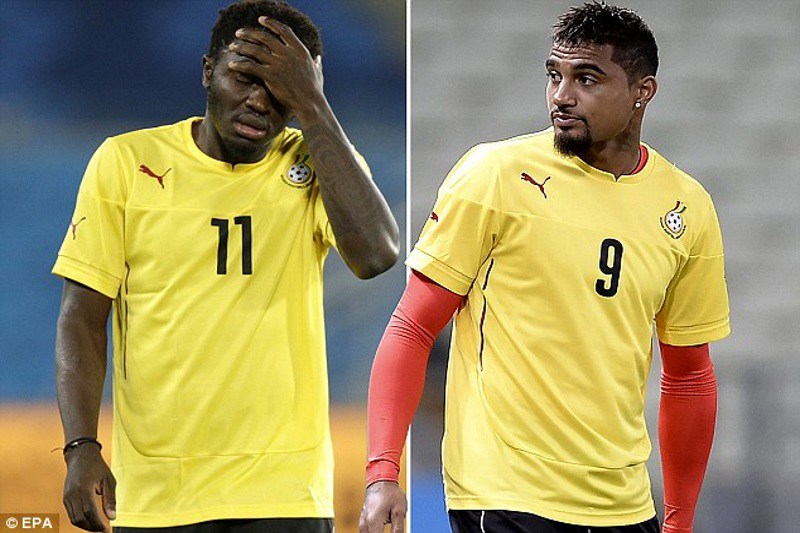 Former team manager of the Black Stars Opoku  Afriyie has revealed that Kevin-Prince Boateng and Sulley Muntari never insulted Black Stars coach Kwesi Appiah in that infamous incident that happened at the 2014 World Cup in Brazil which led to both players dismissed from camp and subsequently suspended indefinitely.

The duo have been in the news recently after Normalisation Committee President Dr Kofi Amoah had made comments about their inclusion into the Black Stars squad for the upcoming Africa Cup of Nations to be staged in Egypt.

According to the Opoku Afriyie, the two had insulted the management members of the Black Stars and not the coach as reported earlier and he will not be surprised if Kwesi Appiah includes them in his squad for the AFCON.

"I will not be suprise if Sulley Ali Muntari and Kevin-Prince Boateng make in to the Black Stars Afcon squad because coach Kwesi Appiah used to talk to them on phone since that incident in 2014 and I can confidently say that the two players never insulted the coach, it was rather Black Stars management and the two players did that because the management failed to fulfill their promises, he told Light FM.