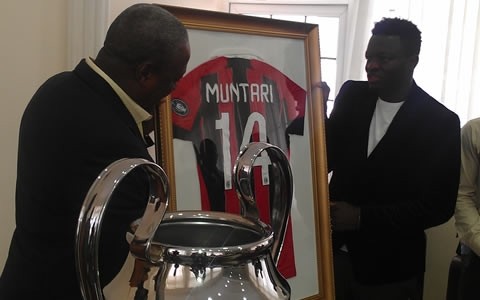 Ghana midfielder Sulley Muntari has pledged to play a role in the country peace ahead of December's presidential and parliamentary elections.

The AC Milan ace announced his commitment after meeting with Ghana vice-president John Mahama at the Osu Castle, the seat of government.

Muntari said without peace there will be no football, urging politicians and all to be tolerant and seek peace at all times.

The 27-year-old presented a replica of the UEFA champions League trophy he won with Inter Milan in 2010 as well as an autographed AC Milan jersey to the Veep.