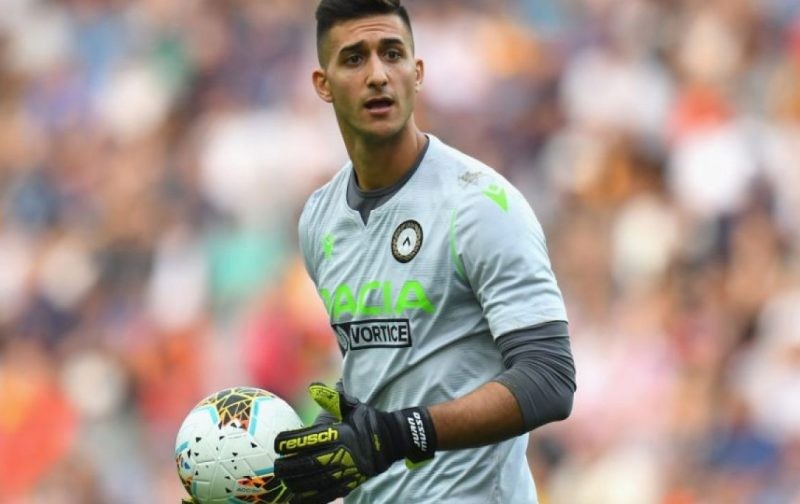 Udinese goalkeeper Juan Musso has played down reports linking him with a move to Inter, stating that at this time there is nothing to it.

The Argentine has impressed for the Zebrette this season, becoming a key figure in goal under the tutelage of Igor Tudor and then Luca Gotti.

As a result recent reports have linked Musso with a move to Inter, as the Nerazzurri are considering him as an understudy to Samir Handanovic, but the Argentine is focused on links away from Udine at this time.

“I’ve read several things regarding it [a move to Inter], but I know nothing about it,” he told Racingmaniacos.com.ar.

“I’m relaxed because we still don’t know when the season will resume. I am honoured by the interest being shown in me but at this time there is nothing to it.

“If there is an offer that interests me and the club, I will think about it.”

Musso joined Udinese from Racing Club in 2018, and the 25-year-old revealed it was the right time for him to move away from Argentina.

“When the offer from Udinese came and I knew that Racing had no problem with it, I realized it was the right time to leave,” he added.

“I thought long and hard about it before saying yes, but given my age and my ambitions, I think I made the right decision.”