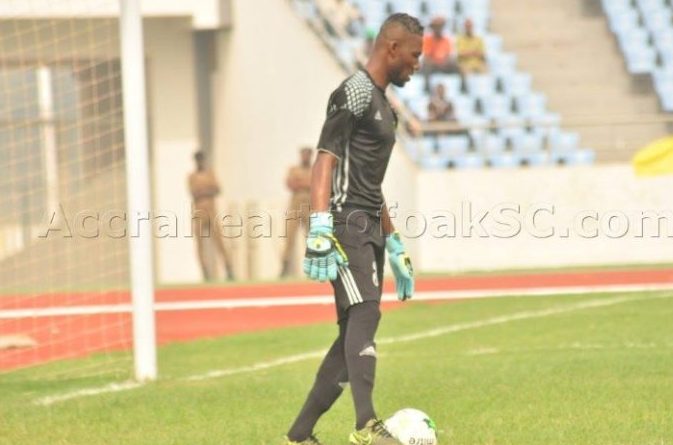 According to the goalkeeper, his grey hair had fans often misjudge him as an old man and came under heavy criticisms when things went wrong.

“My grey hair was one of the biggest challenges in Ghana football. People thought I was older. I had a lot of distractions in the post during games as a result of having grey hair at that young age," he told Happy FM.

“I remember when I joined Berekum Chelsea from Mighty Jets, the chairman saw me at training and asked if they had signed an old man.

The 34-year-old currently plies his trade with Ebusua Dwarfs, having played for several teams including Ashantigold where he was confronted with black magic.

“It is true that I had a tough time at AshantiGold because I didn’t believe in ‘juju’. I remember someday our supporters came to tell the team that if I don’t engage in it, we will lose the game if I am in post," he said.

“So our captain told me and I told them to use another goalkeeper. We played Hearts Of Oak in Obuasi and at half time, we lost 2-0 Then it started raining heavily and the game was called off so the next day, Coach Oti Akenteng told the team that he will use me no matter what the supporters say. We drew 1-1 and I was the only player that got a winning bonus.