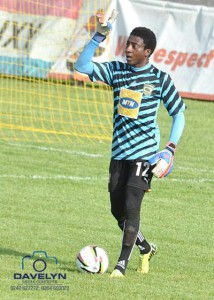 Crocked Asante Kotoko goalie Felix Annan is not dispirited despite sustaining a leg injury in the side’s opening league game at WAFA.

Annan, 22, picked the injury under 20 minutes when he collided with WAFA forward Charles Boateng and had to be substituted for the rest of the game.

The Local Black Stars goalie has since been ruled out of action for four weeks but the promising goalkeeper says he is still confident for the season.

“The injury has not dumped my spirit, knowing injuries are bound to happen to players. I ‘m a little disappointed though but am not demotivated,’ Annan noted.

The talented youngster however assured fans of the Porcupine Warriors that he is feeling better.

“I’m feeling much better now than when I sustained the injury. Rehab is going quite well. I’m working hard at it,” Annan stressed.