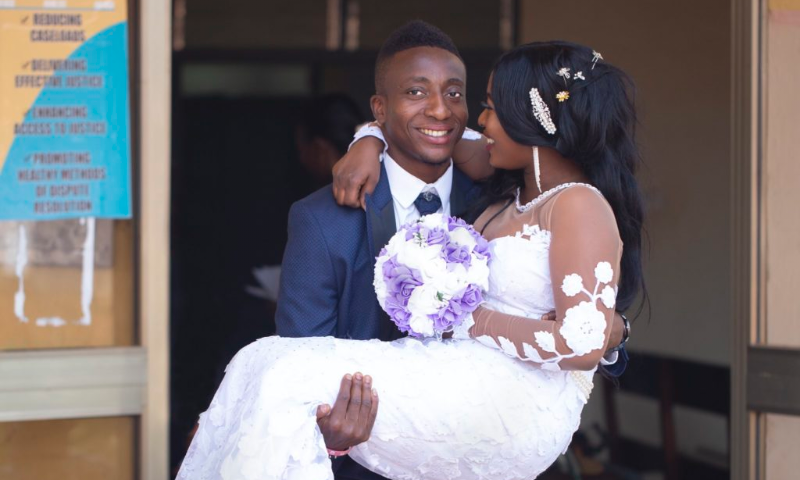 Asante Kotoko goalkeeper Felix Annan says his mother and wife were affected by comments that he was dropped to the bench due to his marriage ceremony which was held during the season.

Felix Annan got married in mid-season prior to his team's clash against arch-rivals Hearts of Oak in the 2019/20 Ghana Premier League.

He failed to reclaim his number spot after the marriage as second choice goalkeeper Kwame Baah rose to the occasion and cemented his place as the team's first-choice goalkeeper.

According to him,  his family and close associates have been worried about comments in the media which suggested that he lost his position due to his marriage ceremony.

“I never planned to fix my wedding ceremony mid-season; in fact, it is unheard of for a professional player to do that but the Ghana football calendar was not stable and invitations had already gone out to guests home and abroad.”- he told Opemso Radio.

He disclosed that his wife and mother were not happy about those comments made in the media.

“I am professional so I was not troubled much when I lost my position after the marriage ceremony but my wife and Mom were not happy about it.”

He also lost a place in the Black Stars call ups for the 2021 Africa Cup of Nations qualifier against Sudan as a result.

Felix Annan is hoping to reclaim his spot when football returns.