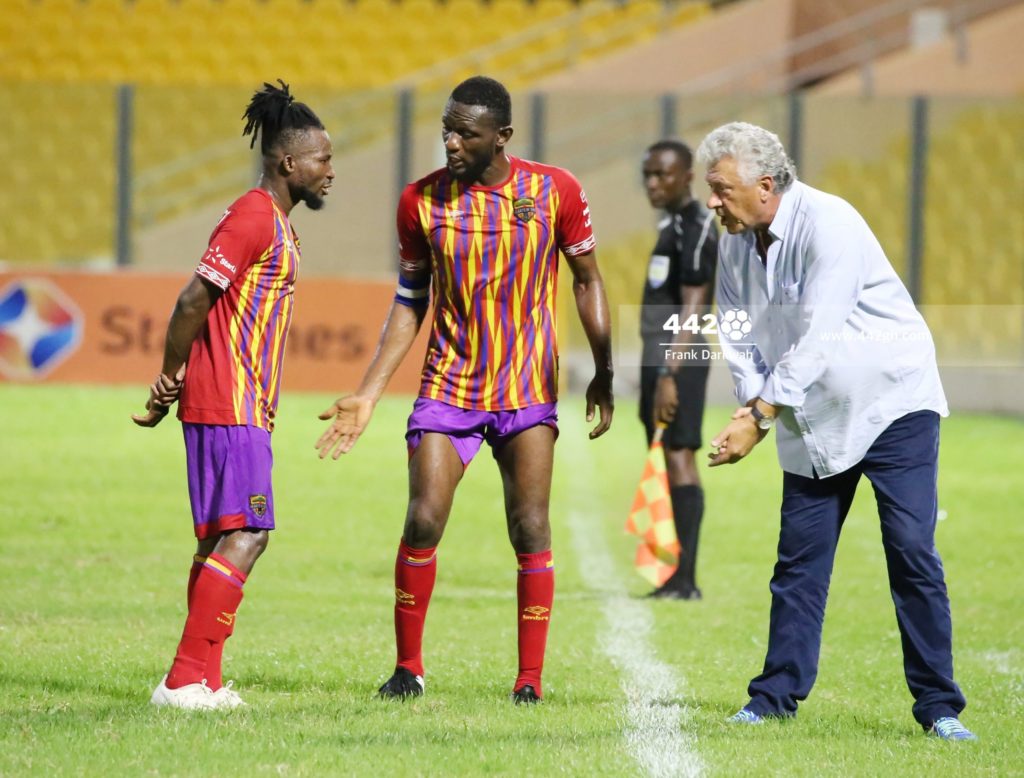 Hearts of Oak coach Kosta Papic insists he is building the 'winning mentality' of his team despite their victory over Dreams FC on Sunday night.

Michelle Sarpong bagged a brace with a goal from Kwadjo Obeng Jnr as the Phobians recorded their first victory of the campaign.

But the Serbian tactician is still not convinced with his players' mentality, insisting they panicked after taking a two goal lead.

“We are struggling to organize ourselves the way that I want. But at least we got the 3 points which is very important that things are coming right and the players are getting the confidence," he said after the game.

“They are leading 2-0 and they start shaking which is (because) they don’t have that winning mentality yet. But we’re working on it,” he added.

The Accra based club had drawn two and lost a game before the arrival of Papic, who is on his second stint with the club. He led Hearts to Ghana Premier League triumph in 2008.

Hearts will next face Kumasi King Faisal on matchday six.