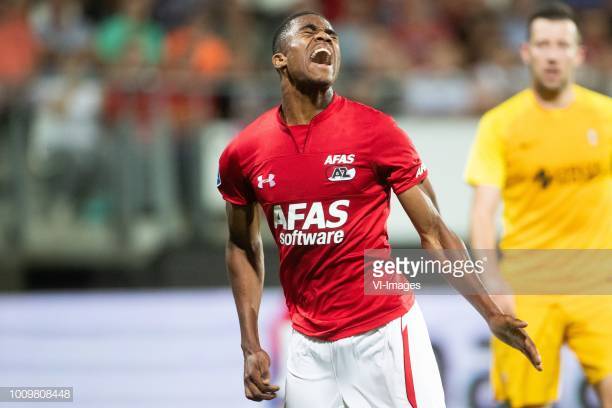 Myron Boadu of AZ during the UEFA Europa League second round qualifying match between AZ Alkmaar and FC Kairat at the AFAS stadium on August 02, 2018 in Alkmaar, The Netherlands(Photo by VI Images via Getty Images)

Alkmar seemingly on the path to defeat in that first leg  encounter at home  were rescued by the 18-year old who scored in 81st minute to keep their chances of qualifying to the group stage.

Royal Antwerp had scored first through Dylan Batubinsika in the 38th minute of the first half.

The teenage sensation slotted home from close range after receiving a pass from Oussama Iddrisi.

The second leg will be held on August 29 in Brussels.

The Dutch must win away to progress to the group stage of the Europa League.