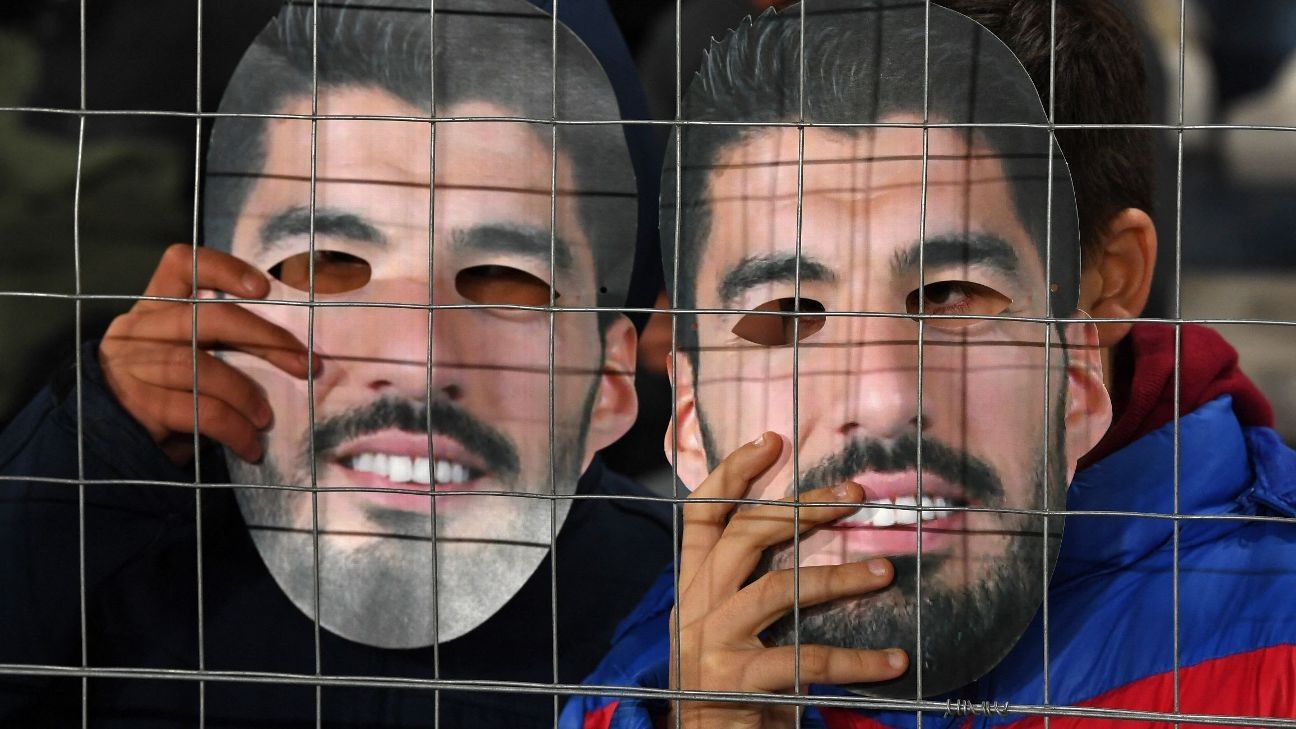 One of the biggest transfers in South American history is on the verge of being completed as former Liverpool, Barcelona and Atletico Madrid striker Luis Suarez is set to join his first club Nacional.

Suarez, 35, is a legend in Uruguay, having made his first-team debut for Nacional in 2005 before leaving for Groningen, then Ajax, to become one of the best players in the world. He has scored 436 goals in 695 club games, plus 68 in 132 for his country, since.

Now at the end of his career, Nacional fans have been running a campaign on social media called #SuarezANacional to try and persuade him to return to his homeland.

Even Suarez's own brother posted a photo of him in Nacional shirt on social media.

Club president Jose Fuentes has been in talks with Suarez and said earlier this week: "If there is a chance I will do the impossible so that he comes. We are willing to give him all the love he deserves and treat him like what he is, a football idol. The doors of Nacional are open, you just have to tell us what you need. We are delighted that he can come."

On Thursday night, the campaign moved from social media to the stadium as Nacional took on Cerrito at the Estadio Gran Parque Central.

Amid an incredible scene of 15,000 fans wearing Suarez masks, a mosaic of the Nacional jersey with the No. 9 was unveiled and fans sung a song in his honour.

Today's ?? league match between @Nacional and @SportivoCerrito is expected to feature a packed stadium with every fan wearing a Luis Suarez mask pic.twitter.com/jBXNjh3FUP

Even the players on the pitch got in on the act as they ran out 5-0 winners.

Suarez's contract at Atletico expired this summer, leaving him free to move clubs. He has been linked with Borussia Dortmund and a host of MLS sides, but it appears as if the campaign is working, as he looks set to return to a hero's welcome at Nacional.