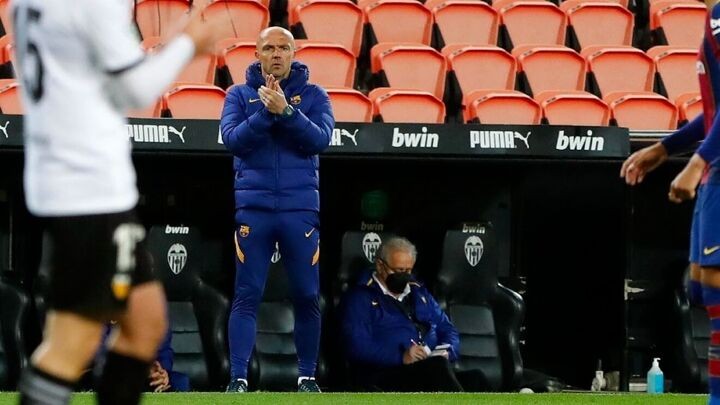 Julian Nagelsmann is reportedly looking to take a member of Ronald Koeman's backroom staff with him to Bayern Munich.

The RB Leipzig boss has been confirmed as Hansi Flick's replacement in Bavaria and will join up with the club this summer.

According to ESPN, Koeman's assistant coach at Barcelona, Alfred Schreuder, is wanted by Nagelsmann at Bayern.

The pair worked together previously at Hoffenheim, where they took the club to the Champions League group stages.

Like Koeman, Schreuder still has another year left on his contract at Barcelona, though it is possible that he could leave the club for Bayern.

Barcelona fans have become more familiar to Schreuder in recent weeks, with the assistant filling in for the suspended Koeman during matches against Granada and Atletico Madrid.