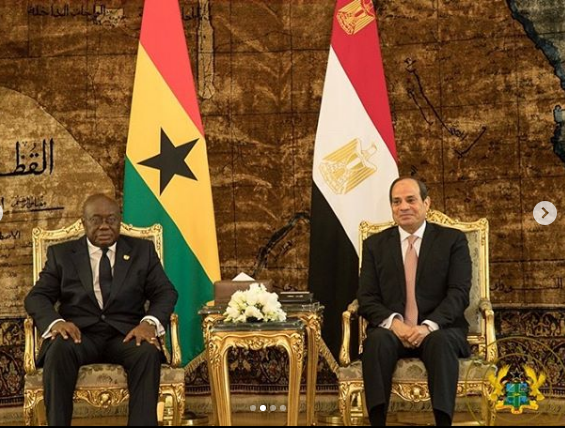 The President for the Republic of Ghana Nana Akufo-Addo is currently in Egypt to watch Ghana's first AFCON game against Benin later today.

Nana Akufo-Addo made a promise when he hosted the players and officials of the team at the Presidency before their departure to Dubai for the pre-tournament camping. 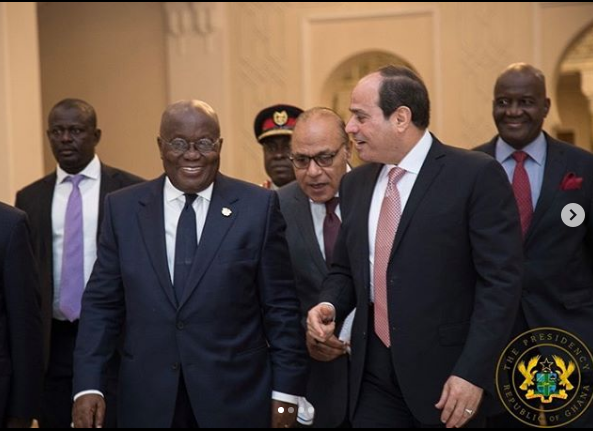 The President in the early hours of Tuesday held bilateral discussions with the President of the Arab Republic of Egypt, His Excellency Abdel Fattah el-Sisi, aimed at strengthening the ties of co-operation that exists between the two countries.

Nana Akufo-Addo is expected to be in Ismailia to watch the Black Stars take on the Squirrels of Benin at the Ismailia Sports Stadium later today.

Kick off is at 8pm