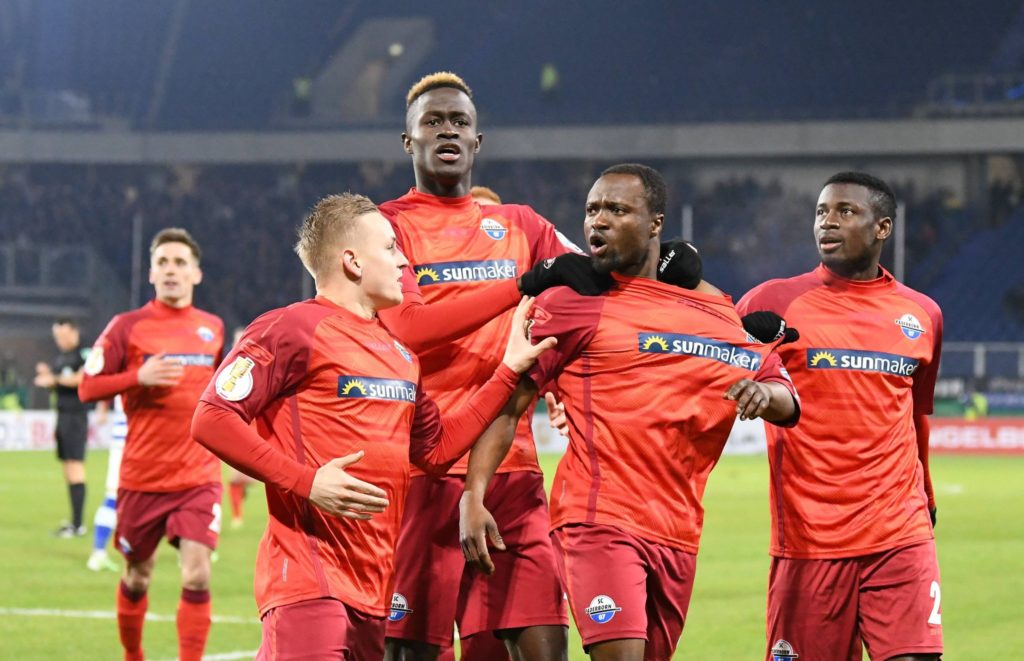 Bernard Tekpetey celebrates with team mates after scoring in the match

Ghanaian duo Bernard Tekpetey and Nana Ampomah scored for Fortuna Dusseldorf in their 3-2 win over SV Meppen in a friendly match.

The exciting winger was named on the starting eleven of his club alongside compatriots Kevin Ofori and Bernard Tekpetey.

Following a good start to the game, Nana Ampomah shot Dusseldorf into the lead on the 22nd minute. Just over 10 minutes later, Barkok added to the goals of the German Bundesliga side to hand them a two-goal cushion.

Two minutes after the equalizer Komenda was on target to half the deficit for SV Meppen.

Leugers restored parity for the lower division side on the 49th minute after they were awarded a penalty kick by referee Braun Wuppertal.

Ghanaian winger Bernard Tekpetey who is on loan from Schalke 04 popped up on the 70th minute and scored to seal the victory for Fortuna Dusseldorf.

Kevin Ofori lasted 62 minutes of the game with Nana Ampomah and Bernard Tekpetey enjoying the entire duration of the game.