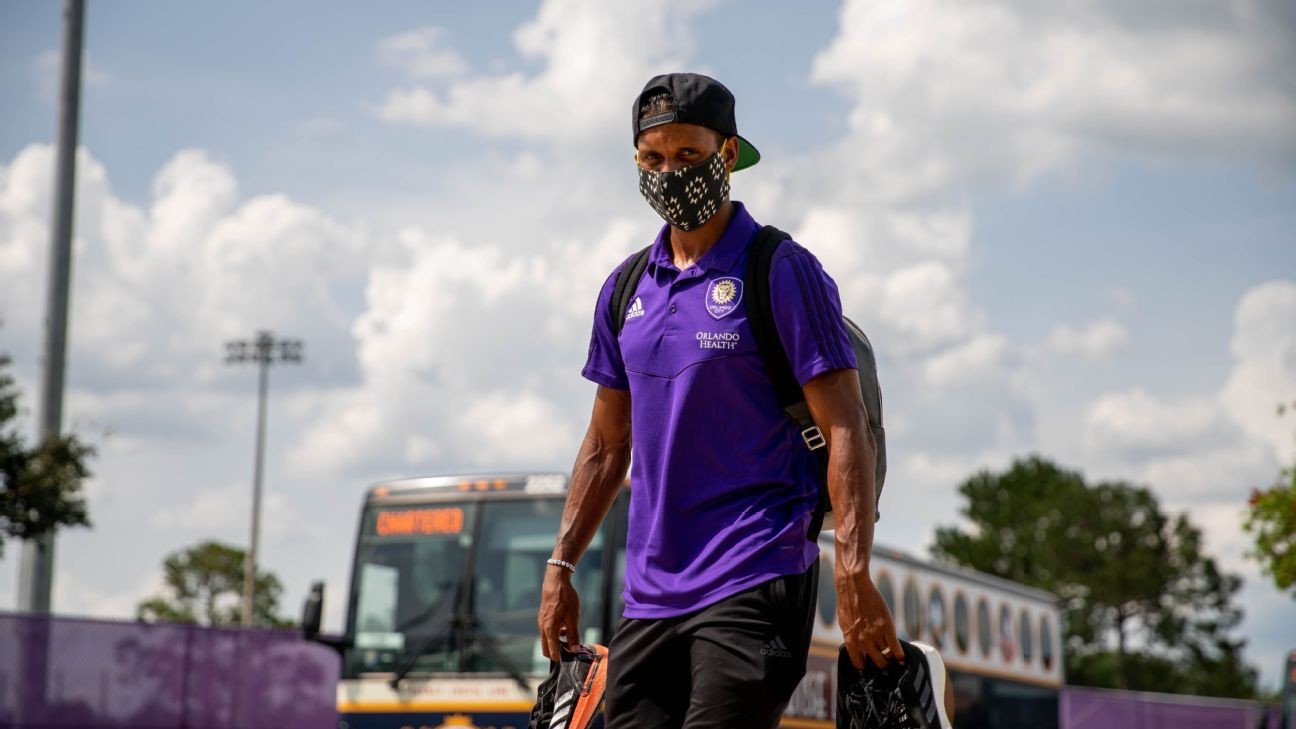 Orlando City SC star and former Manchester United winger Nani isn't unduly concerned about the number of positive cases of coronavirus in the MLS is Back tournament in Orlando and didn't consider backing out.

League MVP Carlos Vela announced he wouldn't be traveling with the rest of the LAFC squad on Monday because of his wife's "risky pregnancy," while FC Dallas will not be participating after 10 of its squad recorded positive tests, but Portuguese player Nani is confident that the correct protocols are in place for the tournament to go ahead.

LAFC's Vela out of MLS restart for pregnant wifeFC Dallas out of MLS is Back tourney due to virusMLS is Back Tournament: Why your club can win it all, and why it probably won't

"To be honest, I feel safe," said Nani in a video conference on Monday. "Since I arrived in the hotel I saw the conditions, the way they manage everything for the players to be safe I agree with and I see all the players, all the teams, they look happy, they look comfortable with all the protocols."

"Obviously there were some stories about some players that got the virus but I think these players came to the hotel with the virus," he added.

The 33-year-old winger said he respected Vela's decision not to participate, but stressed he wasn't going to back out.

"I have a different mind and a different way to think about soccer and everything that is going on in the world, about myself," Nani explained. "I always try in the difficult moments to find a motivation to keep going, thinking about life not stopping, that you must continue to live, continue to believe in the future and I always think if I stop now I won't be able to continue further when there is a possibility."

"That's why my decision was to come to this tournament, continue to make my way to where I want and obviously I heard about some players not coming," he continued. "That is a situation we must respect because part of being a soccer player or athlete is that we are human and we must respect some decisions of some players that aren't comfortable being here to protect their family and themselves."

"I respect also everyone who decided to come here because this is life, we must continue to fight for what we want in our lives and to make a better world, better moments and better days."

Nani's Orlando takes on Florida rival Inter Miami CF on Wednesday in the opening game of the MLS is Back tournament -- as well as the first ever meeting of the clubs -- and Miami's star Mexican forward Rodolfo Pizarro is also sympathetic to Vela's situation.

"It's a personal decision, it's the birth of his child, I think that it's justified and it's fine," said Pizarro in a video conference. "I'm committed, I'm thinking about what is coming up with my team."