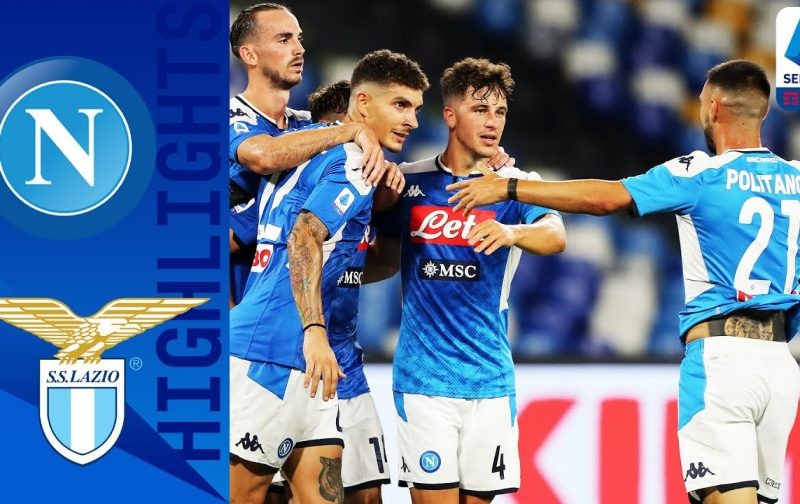 Ciro Immobile’s record-equalling 36th Serie A goal of the season wasn’t enough for Lazio as they lost 3-1 away to Napoli to end the season in fourth place.

Fabian Ruiz fired the hosts in front early on, but Immobile responded with a clinical finish that saw him equal the single season Serie A scoring record set by Gonzalo Higuain at Napoli in 2015/16.

A Lorenzo Insigne penalty and Matteo Politano strike in the second half were enough to earn Gennaro Gattuso’s side a confidence-boosting victory ahead of their Champions League last 16 second leg against Barcelona next Saturday.

The result means Lazio finish fourth, behind Atalanta on head-to-head record, while Napoli were already guaranteed to end the season down in seventh.