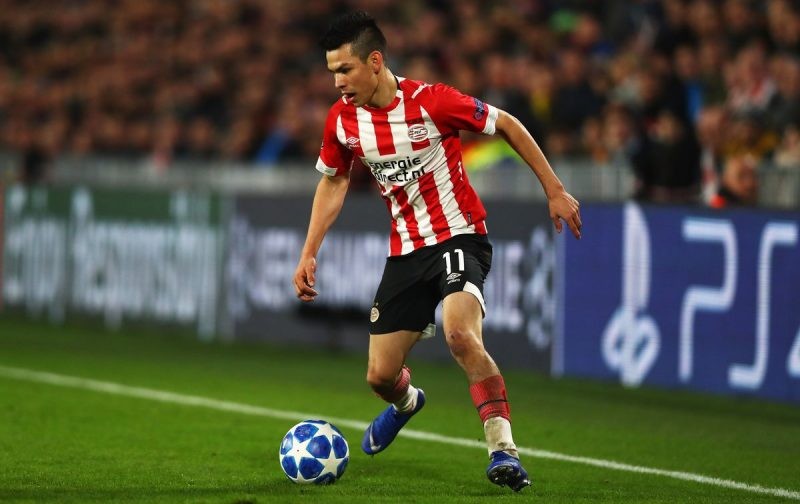 Hirving Lozano’s proposed move to Napoli finally looks set to come to fruition, with the Azzurri expected to complete a €42 million move for the Mexican.

The Partenopei have been linked with a move for the PSV Eindhoven star and Real Madrid’s James Rodriguez for most of the summer, though talks for the Los Blancos star have failed to reach a positive conclusion.

That isn’t the case when it comes to Lozano, as La Gazzetta dello Sport reports the Mexican star will be in Italy early next week to complete his move.

Agent Mino Raiola is expected to receive a hefty commission for negotiating the deal, as the complex issue of image rights resulted in the winger’s contract being 60 pages long.

Last season Lozano netted 21 goals in 40 matches in all competitions.