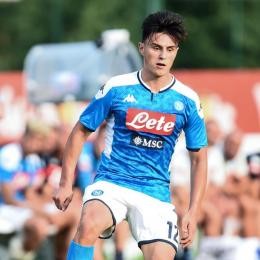 After having signed Eljif Elmas (in the pic on the left) last summer, Napoli management, according to Sabah, are now keen on another Fenerbahçe player, namely 25-year old Kosovar international striker Vedat Muriqi. Former Genclerbirligi and Rizespor hitman, signed by Fener less than three months ago, is reportedly tracked by Fiorentina and Lazio as well.