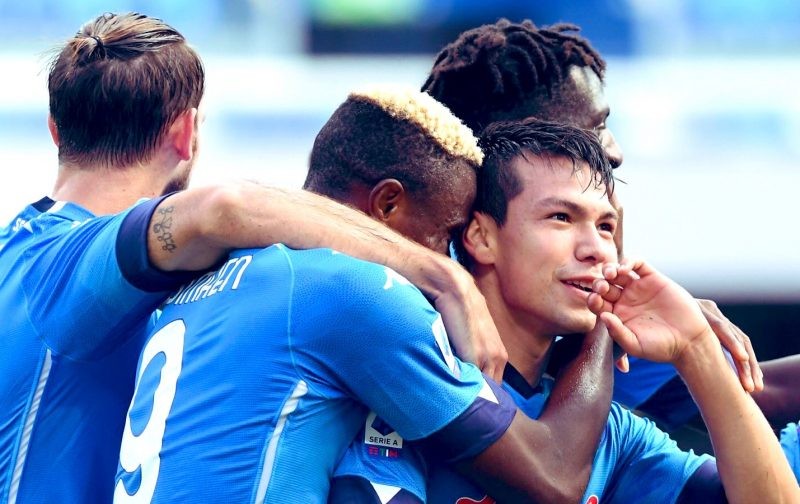 Napoli demolished Atalanta 4-1 on Saturday afternoon in Serie A, and Mexican winger Hirving Lozano was in devastating form, scoring the opening two goals for the Partenopei.

He tapped the ball into the net to round off an excellent team move for the opening goal and he received a pass from Dries Mertens before putting the ball into the far corner. La Dea goalkeeper Marco Sportiello denied him a hat-trick in the latter stages of the game.

Lozano’s latest brace takes his tally to four goals in three games so far in the 2020/21 Serie A season.