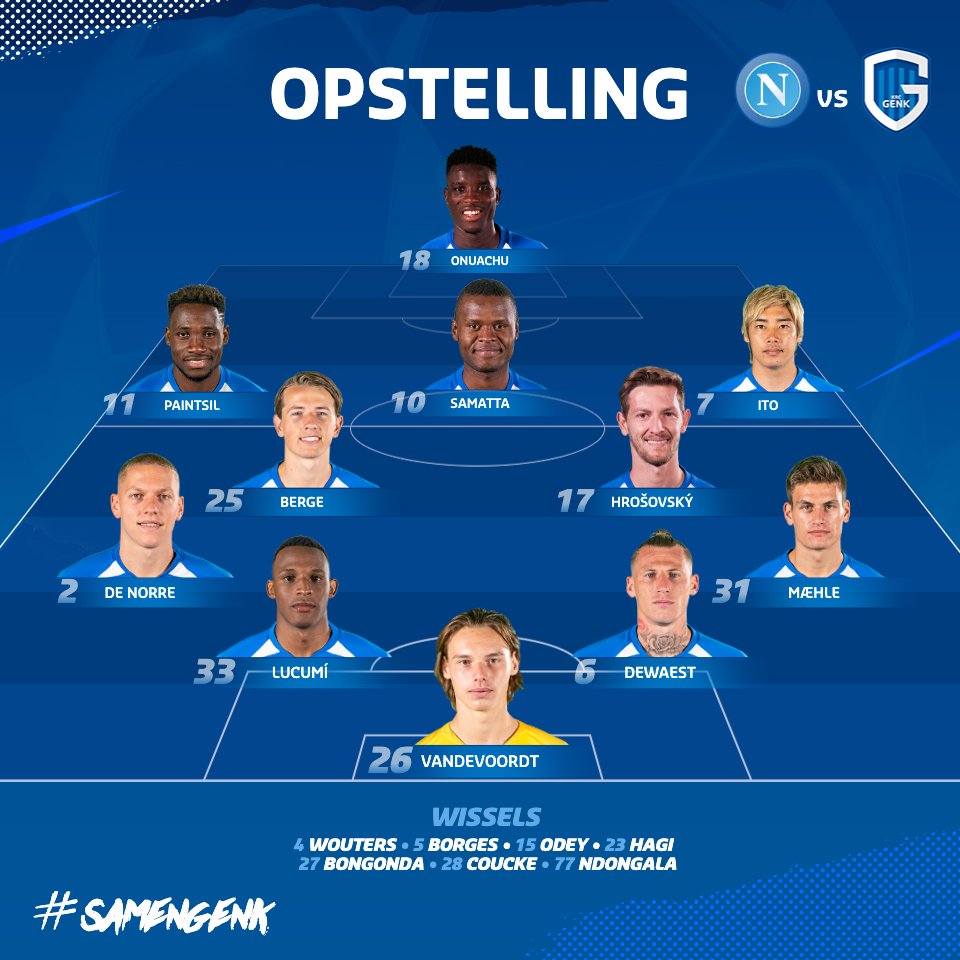 The Genk Starting line up in the match against Napoli

Ghana winger Joseph Paintsil was in full time action on Tuesday night for Genk as they were hammered 4-0 by Napoli in the UEFA Champions League.

Napoli sealed their place in the second round at the Stadio San Paolo by producing dominant display on their way to the emphatic victory over the Belgian side.

Paintsil played the entire duration of the game but a first half hat-trick from Arkadiusz Milik sealed their fate in Europe's top-flight competition.

A late Dries Mertens penalty late in the game was enough to ensure that Carlo Ancelotti’s squad will continue their quest for a first Champions League title.

Liverpool’s 2-0 victory over Salzburg in the other contest of the evening  means that the Azzurri finish behind the current Champions League holders in Group E.