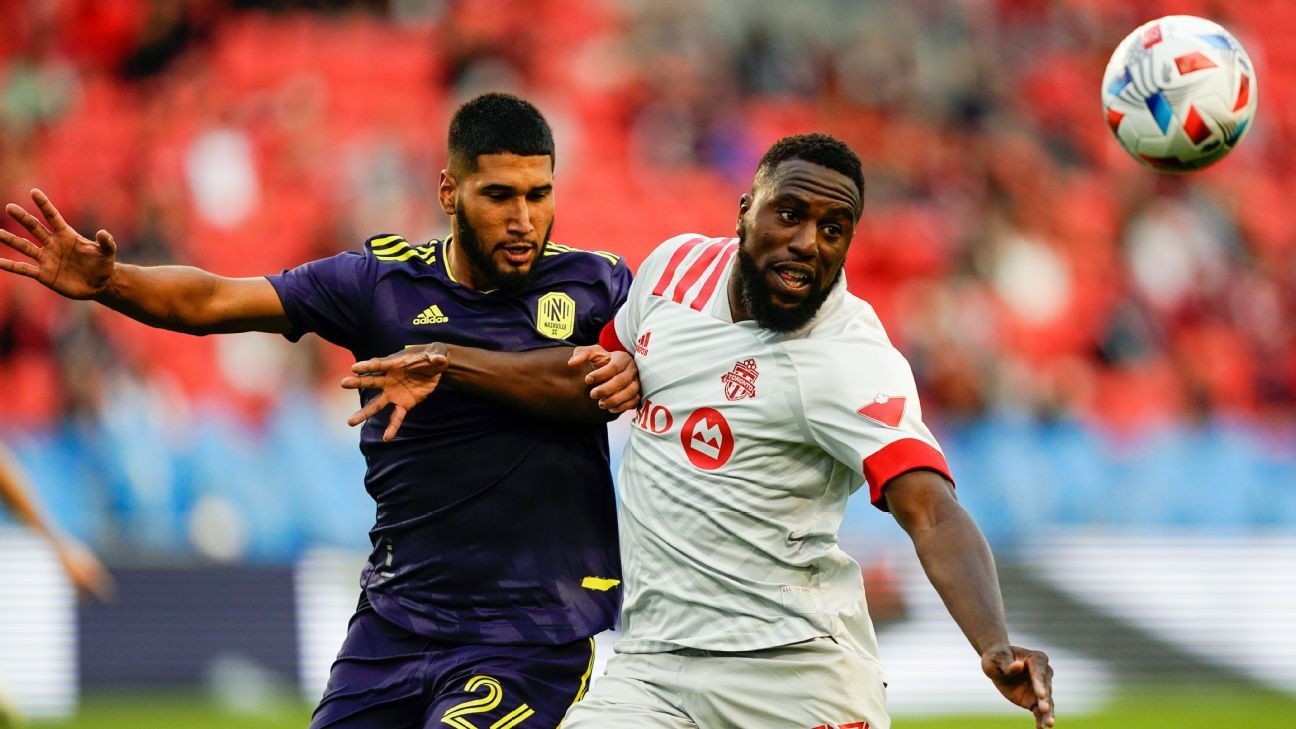 A late first-half goal helped Nashville SC extend its unbeaten streak to eight games with a 1-1 draw against the host Toronto FC on Sunday.

Neither side was able to generate much offensively or sustain much pressure in the attacking third early on, with a slight edge to Toronto on possession.

The home squad was the first to break through the scoreless deadlock. Defender Omar Gonzalez finished off a set piece when he redirected Yeferson Soteldo's kick with a header to give Toronto a 1-0 lead in the 20th minute.

Defender Robert Castellanos, making his MLS debut, tied it 1-1 for Nashville in the 41st minute on a header off a long throw-in from Dave Romney.

Both sides had a chance to take the lead heading into halftime in first-half stoppage time but neither could capitalize. Canadian defender Alistair Johnston's header from the top of the goalmouth was denied by the leg of goalkeeper Alex Bono and moments later, Nashville keeper Joe Willis snared Toronto midfielder Marky Delgado's quick strike from the top of the box.

Nashville came close to taking the lead early in the second half. In the 52nd minute, Romney tried to connect with Castellanos but his behind-the-back pass rolled wide left of the net and six minutes later, Hany Mukhtar just missed the timing to connect on a header.

In the 75th minute, Bono got his hands on an attempt by C.J Sapong to keep the score level.