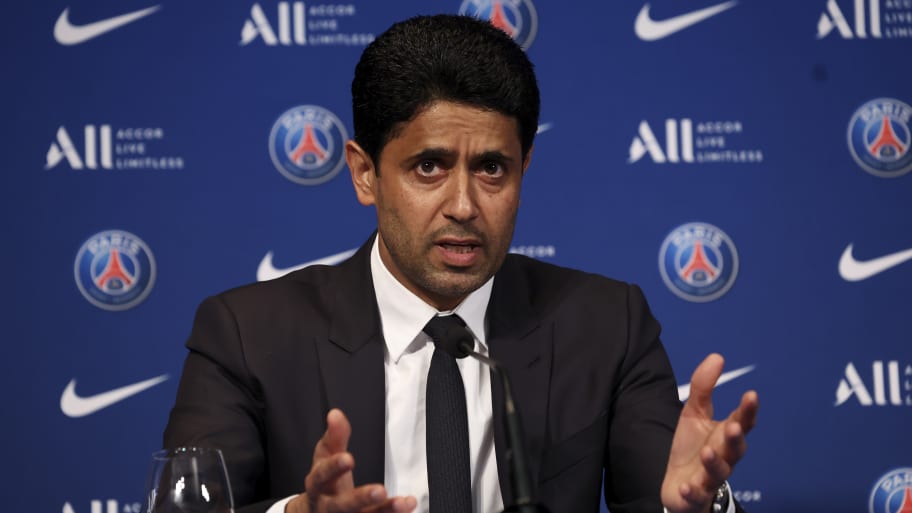 Paris Saint-Germain president Nasser Al-Khelaifi has criticised Barcelona over the legality of their summer transfer business.

Barça have been riddled with financial mismanagement and resorted to selling parts of their business to fund summer signings.

Club president Joan Laporta has consistently referred to these sales as 'economic levers' and has sealed deals to relinquish control of almost half of Barça Licensing and Merchandising and 25% of their La Liga TV rights among other sales.

Those moves allowed Barça to spend around £140m on new signings during the summer while also complying with Spanish football's tight financial rules.

However, the strategy has also drawn the ire of many clubs and supporters throughout Europe, given Barcelona previously cried wolf about their dire financial situation.

PSG are hardly backed by clean money either - the state-run club are financed by the Qatar Sports Investments fund - but Al-Khelaifi still criticised his European rivals and indicated UEFA will be investigating Barça's dealings.

"Is this fair? No, it's not fair... Is it legal? I'm not sure," he told Politico. "If they allow them, others will do the same. UEFA of course have their own [financial] regulations. For sure they’re going to look at everything.

"The new financial sustainability rules are a positive development. But we need to be careful. Dangerous levels of debt and magical equity deals are not a sustainable path."

Robert Lewandowski, Raphinha and Jules Kounde were among the big signings Barça made during the summer, while they also poached Frank Kessie, Andreas Christensen, Hector Bellerin and Marcos Alonso on free transfers.

This article was originally published on 90min as Nasser Al-Khelaifi blasts Barcelona over legality & fairness of summer levers.