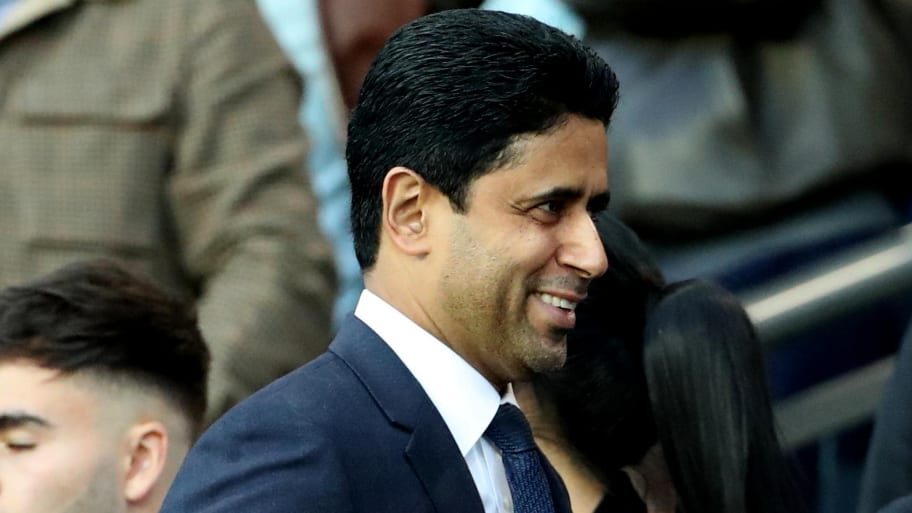 Paris Saint-Germain owner Nasser Al-Khelaifi has questioned how Real Madrid could celebrate last season's Champions League triumph given they are one of three clubs determined to keep the breakaway Super League alive.

Real, Barcelona and Juventus have all refused to accept defeat in their quest to form a Super League, despite significant resistance from UEFA, who have threatened to ban the three teams from the Champions League as a result of their plot.

With all that rumbling on in the background, Carlo Ancelotti's men went on to win last season's Champions League, prompting celebrations from those in charge of Real Madrid - something Al-Khelaifi, who is also president of the European Club Association, could not understand.

“The strange thing is that they celebrate winning the club competition of UEFA," Al-Khelaifi said at a recent ECA meeting.

Real weren't the only target for Al-Khelaifi, who also went after fellow Super League hopefuls Barcelona for their 'unsustainable' financial dealings this summer.

"We have to be careful; dangerous levels of debt and magically injecting capital is not a sustainable path," Al-Khelaifi said in a clear dig at the Blaugrana.

"We have to think long term, not short term."