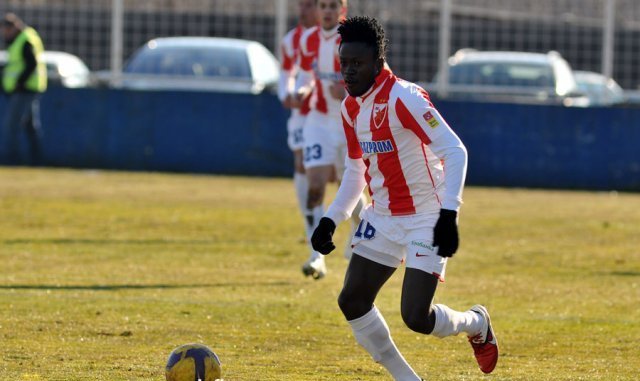 On-trial striker Nathaniel Asamoah scored for Red Star Belgrade in a 2-1 defeat to Montenegrin side FK Klub Zeta in a friendly on Thursday.

The Asante Kotoko forward, 22, came off the bench to head home the consolation for Robert Prosinecki's side in the 81st minute.

Klub Zeta had a 2-0 advantage but Asamoah halved the deficit for the former European champions.

He directed a powerful header to the top right corner after a well tailored cross was delivered from the left.

Asamoah has joined the former European champions on a three week trial with the aim of sealing a move to the club before the January transfer closes.

Red Star coach Robert Prosine?ki praised the striker's qualities after playing his match for the club on Tuesday.

Watch Nathaniel Asamoah's goal in the video below: