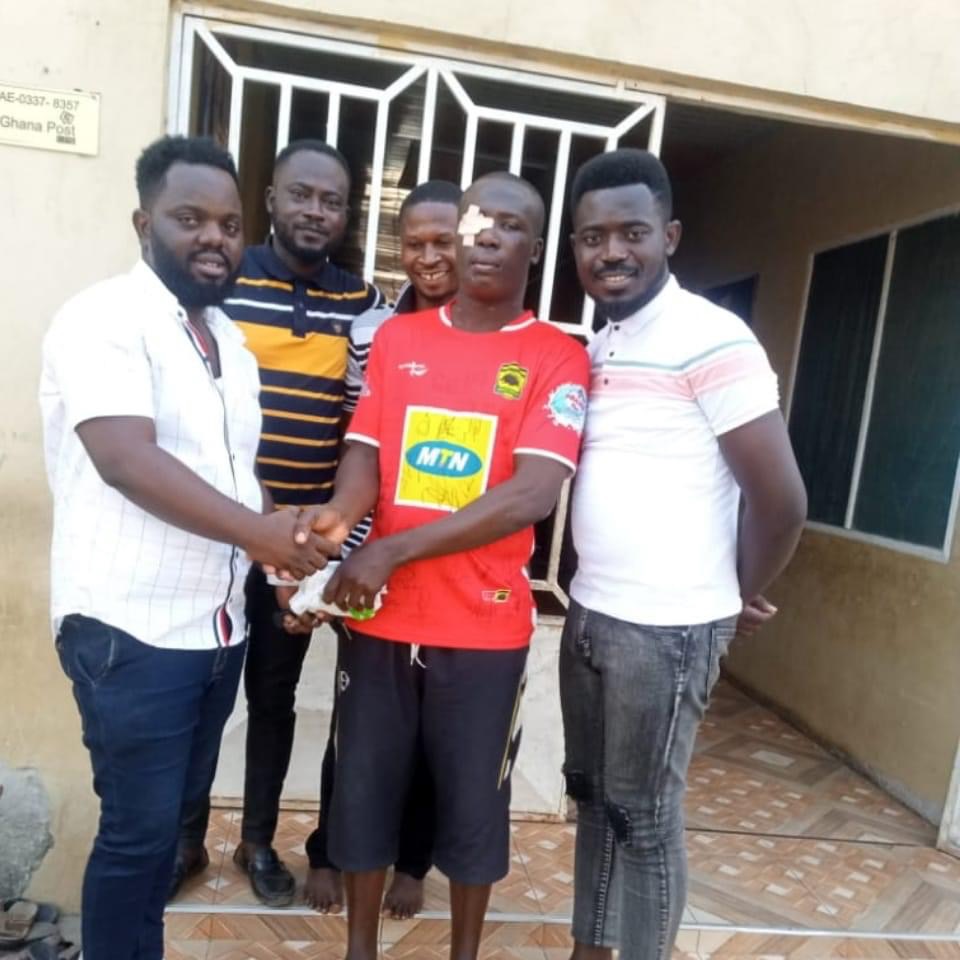 Asante Kotoko's supporters chief Christopher Damenya has disclosed that the fan who lost his eye at the Baba Yara Stadium will have a prosthetic one.

Augustine Opoku , who is a commercial driver, will have an enucleation to get the affected eye removed.

Opoku got shot in the eye by a trigger-happy policeman to disperse incensed supporters at the Baba Yara Stadium in January.

The National Circles Council will bear the cost of the surgery and the replacement.

''We are looking forward  get an  artificial eye for Augustine Opoku who lost his left eye during Kotoko game against Berekum Chelsea. He will undergo a surgery and get his eye secured in a good shape. We are taking all the costs of it,'' chairman Damenya told Kumasi-based Light FM.

''What is so disheartening is that we haven't seen the policeman who caused the damage up till now.''