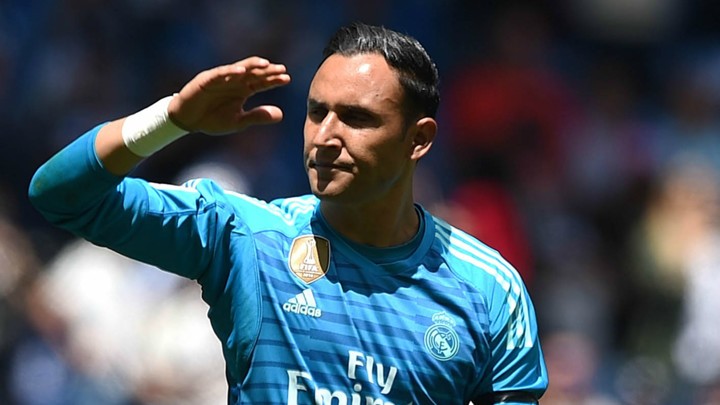 Keylor Navas deserves to be recognised as a Real Madrid legend, according to Fernando Morientes.

Morientes, a Madrid great, believes the goalkeeper should be considered among the La Liga club's very best.

"In the end, for example, at Real Madrid I tell you that he is a legend," the former striker told ESPN.

"A player like him who has participated in great moments in Madrid must be classified as legends, without any doubt."

Navas arrived at Madrid from Levante in 2014 and established himself as the club's number one after Iker Casillas' departure the following year.

Morientes said Navas' growth at Madrid had been immense, with the shot-stopper starting in all three of their Champions League final wins between 2016 and 2018.

"Keylor Navas came as a substitute player for a great goalkeeper in our history as Iker Casillas was," he said.

"Little by little he gained the respect of the entire public, but he was also decisive in great moments in the history of the Bernabeu."

Navas, who now plays for PSG after moving to France in 2019, has backed his current club for Champions League success this season.

"I know [the Champions League is] difficult, but it's not impossible. So we're ready to fight in this competition," Navas told PSG's official website.

"I know my team-mates are super motivated. They work a lot at home because they all know the importance of this competition, for the team, the club, the supporters. We know our responsibility.

"We are going to take a little time to pick up the pace because we are all physically good."

Thomas Tuchel's side booked their place in the Champions League quarter-finals in March after beating Borussia Dortmund 3-2 on aggregate.

Following its suspension in the wake of coronavirus pandemic, the remainder of the competition is expected to be completed in August as domestic leagues across Europe look to complete their respective seasons by the end of July.