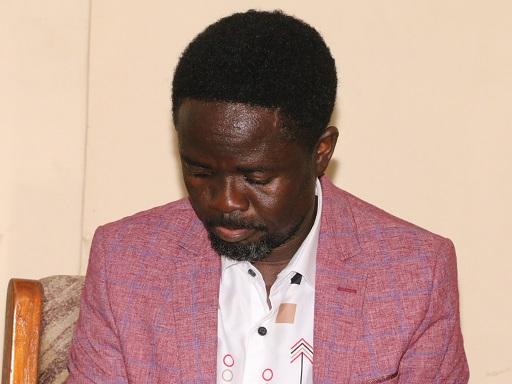 The spokesperson of the Normalisation Committee Dan Kwaku Yeboah has resigned, less than a week to Congress and pocketed $11,000 in 11 months in what has been a disastrous reign.

The broadcaster with Peace FM has jumped the ship before being pushed after growing frustrated claiming 'lack of respect'.

Yeboah finally tendered in his resignation on Friday in an attempt to save his image which has been battered heavily since he took the job.

It's an open secret that the Peace FM journalist was forced on the interim body of the Ghana Football Association by the country's Ministry of Youth and Sports after Dr Kofi Amoah rejected his appointment.

With his competence strongly questioned by the Normalisation Committee, the interim body reverted to the GFA communications staff to support their work as Yeboah clearly did not perform to their expectation.

He did not enjoy the backing of the Normalisation Committee boss Dr Amoah, who is reported to have embarrassed him on several occasions because of his inability to deliver even common press releases.

It appears the tough-talking journalist, who was paid $1,000 monthly salary for just a part time has had enough of the embarrassment by jumping the ship, barely a month to the end of tenure of the interim body.

The journalist has come under fire for claiming to have drafted a communication policy for the FA which already had been one in operation.

Also, claims of putting together a GFA Corporate Social Responsibility Document for the federation single-handedly has been mocked in the local media.