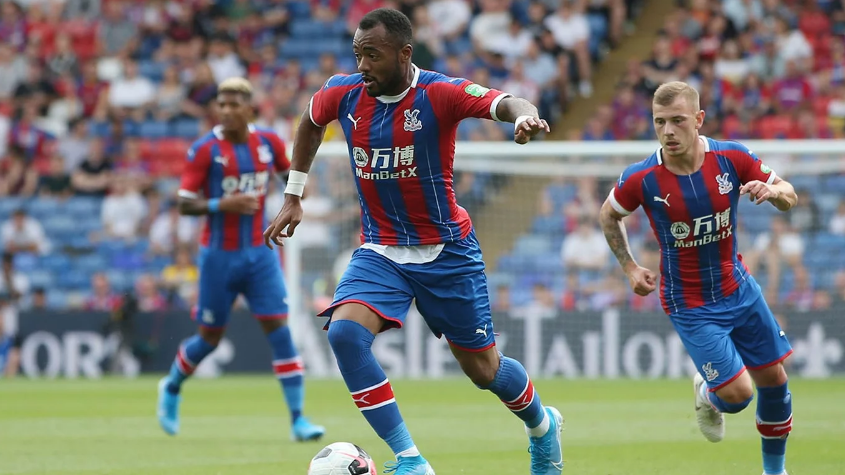 As the footballing world continues to wait with anticipation in terms of when they will realistically be able to see their favourite teams in action again, Crystal Palace manager Roy Hodgson will no doubt look back on the season so far with a sense of satisfaction.

Having barely done anything in the transfer market last summer in terms of incomings, and watching Aaron Wan-Bissaka join Manchester United in a big-money deal, there may have been fears that the Eagles could be in for a real relegation scrap this year.

But with 29 games played, the London side find themselves 11th in the table, twelve points clear of 18th-placed Bournemouth, and just four points shy of sixth-placed Wolves. It has been a campaign of defying expectations and logic, and what has made it even more impressive, is that it hasn’t been Wilfried Zaha who has inspired such great form.

Instead, the man who is carrying Palace on his shoulders this season is Jordan Ayew.

The Ghana international has been firing on all cylinders, scoring eight times in the Premier League alone. To put that into context, no other Palace player has managed even half that, with the club’s next top-scorers being Patrick van Aanholt, and Zaha, who are both on three each respectively.

With Zaha and Christian Benteke not having their shooting boots on (the latter has managed just one top-flight goal), Ayew has been the main source of inspiration for the Eagles. As per Whoscored, his average of 1.6 shots and two dribbles per game ranks him 1st and 2nd amongst his Palace teammates, and it’s an indication of how much Hodgson’s side look to him to create a moment of magic.

Make no mistake about it, the £7.2m-rated ace has been the talisman this season, not Zaha. And it’s exactly why he should be considered untouchable this summer, and why Palace shouldn’t fear too much if former does make his departure from the club. This campaign has shown they already have a reliable goal-scorer on their hands.