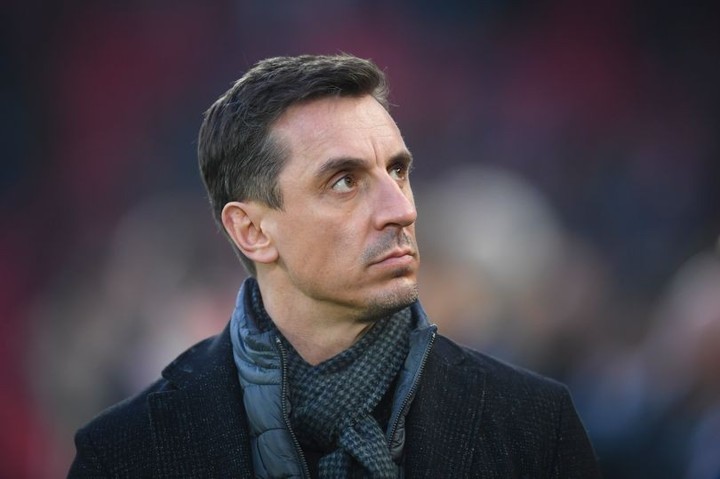 The Premier League faces a growing concern that this season will be unable to be completed as the coronavirus pandemic continues to spread in the UK.

All football in England is currently suspended until at least April 30th, though there are worries that this date will be pushed back even further as the lockdown continues.

A number of non-league divisions have already been finished early, with clubs given positions for the season based on points-per-game, while some have even seen their seasons voided.

Meanwhile, in the Premier League there are reports that some clubs would actually back the season being terminated early - though it seems like the season will be completed at a later date.

Amid all the uncertainty, former Manchester United star and now Sky Sports pundit Gary Neville has given his five point plan on how to address the issues.

He tweeted: "Finish the season in a short time frame when safe [to do so.

"Condense next season if needed.

"Open transfer window from May and run it all the way through 20/21 to give clubs agility.

"Financial packages for clubs in need including non-league."

It is certainly an interesting set of circumstances, particularly the points concerning the transfer window and player contracts.

A number of players, such as Willian and Pedro at Chelsea and Jan Vertonghen at Tottenham will see their current contracts expire at the end of June.

While Pedro has insisted that he will stay on until the current season ends, clubs would have no way of legally enforcing the players to remain at the club beyond that date.