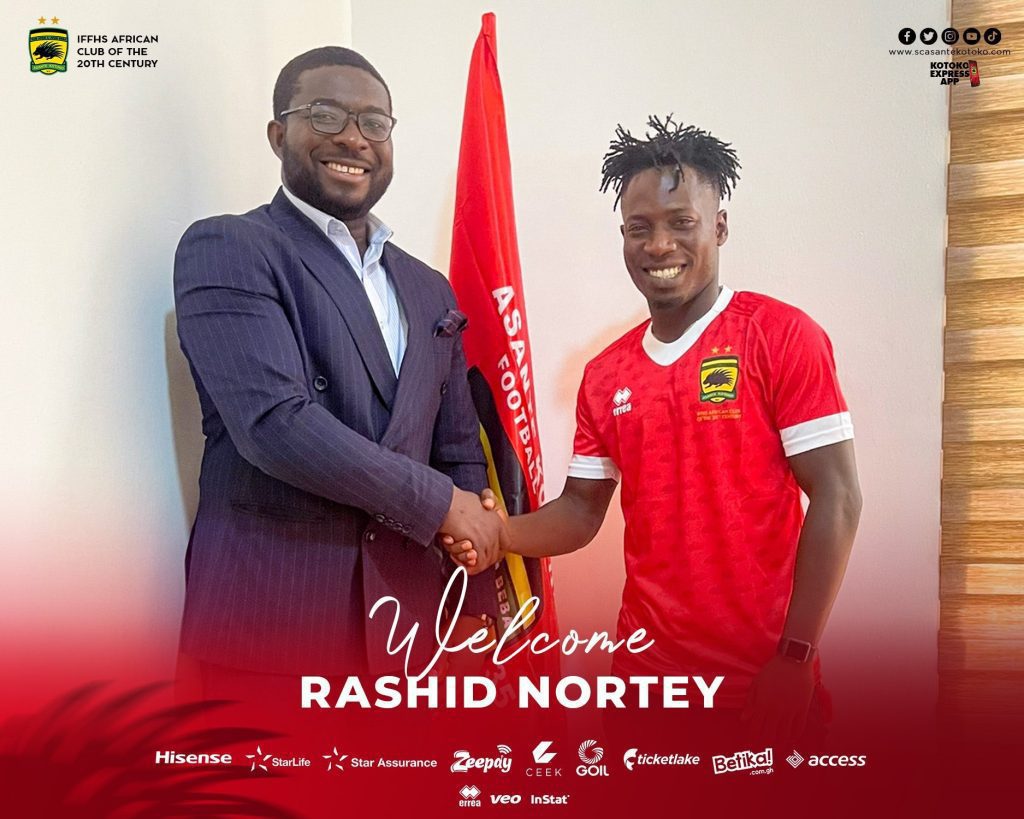 Nortey completed his transfer on Wednesday, a day after it was announced that he has severed ties with Medeama.

He left Medeama after six brilliant years, during which he became a fan favourite and is hoping to achieve great success with the Porcupine Warriors.

The club released a video of Nortey in training ahead of the MTN FA Cup match against Benab FC on Saturday. He could make his debut against the lower-tier side.

Nortey's immense talent and experience would benefit Kotoko and help them achieve their goals this season.

Kotoko have set sights on winning both the Ghana Premier League and the FA Cup.