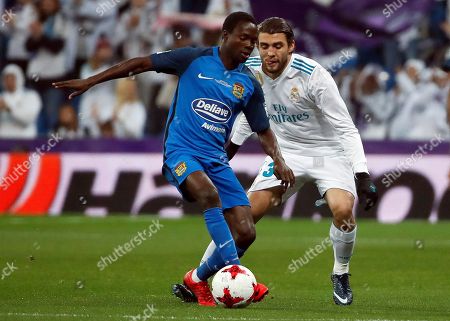 The former Bechem United midfielder starred as the Spanish lower tier side suffered a 4-2 aggregate defeat to the European giants in the Cup competition.

Annor produced one of his best performance in the second leg which ended 2-2 in November, 2017.

"I gave Theo Hernandez and Mateo Kovacic a tough time when FC Fuenlabrada came up against Real Madrid in a Copa Del Rey match in 2017," he told Sikka Sports.

Despite his exploits, Yaw Annor failed to stay beyond his time with the Spanish outfit, returning to re-sign for Bechem United.